News Ticker
To his credit Mr. Sutton has written, produced and scored over 300 songs for major artists as well as for film and television. Some of these accomplishments include the following: The album, Any Way You Like It for Thelma Houston which went gold, the album Switch which went Platinum, the movie score for One False Move, the title song, We’ll make It for the Channel 4 documentary Oasis Of Hope, the title song for the cable TV series Passion And Romance, and Machine Gun Blues, ESPN’s Body Shaping and Co-Ed Training, the theme songs for the HBO movies Black Belt, Dance with Death, Guilty As Charged, Watchers 2, Cues’ for the TV show Viper, Showtime’s Black Scorpion and the production and performance for the HBO/Cinemax TV series Emmanuelle In Space. Michael has produced his own album Hopeless Romantic. This album is a passionate blend of blues, quixotic love ballads and true get-down dance tracks. His vocal qualities have been compared to Marvin, Smokey and Luther, while still maintaining his own style, known as the “velvet voice.”

Michael B. Sutton is well known in the industry for his personable nature, his honesty, integrity, professionalism and attention to detail. His tenure as a member of ASCAP for over 30+ years has earned him the reputation of being a premier artist, composer and producer.

How did your career at Motown Records begin?
It was actually my ex-wife Brenda and I who made it to Motown together, thanks to Stevie Wonder. Stevie took us to Motown and discovered us at a vocal coach’s house. I remember how we sung for him and the next thing we knew, he recommended that we go out to Motown.
What was Motown’s audition process like for you?
It wasn’t too bad. It was pretty simple, actually. There were about five or six people who came to hear us audition and we sung some of the same songs that Stevie heard us sing at the vocal coach’s house. When we finished, they said, ‘Okay, we’ll get back to you.’ Nobody showed a lot of emotion, but it went well. They just listened and thanked us for our time. Then, we heard back from them about 30 days later and that’s when we found out they wanted to sign us to a contract. This was in 1974 to be exact.

Motown will probably be one of the best experiences of my life. I never went to a big college and I can easily say that Motown Records was like my personal college education. We had a lot of training, and if I had a lot of money, I would probably try to duplicate it because it was that special. 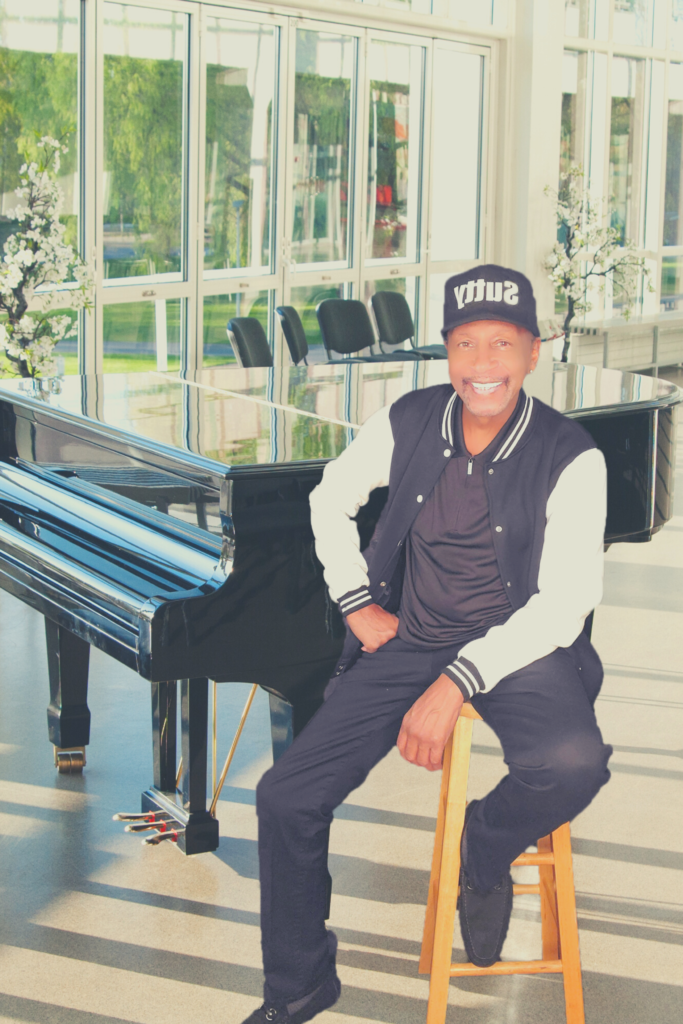 You contributed to Michael Jackson’s Motown career with your song ‘Cinderella Stay Awhile.’ How did that song come about and how did it get chosen for Michael’s album?

At Motown, we were all in and out of the different studios, and I would see the Jackson 5 coming in and out a lot. Sometimes they would be doing a photo shoot there and other times they would be recording in one of the studios. The two Jacksons that I got to know the most were Jermaine and Michael Jackson . I worked with Jermaine at Motown, but I met Michael Jackson first. I saw Michael at the studio several times and in the halls of Motown, but at that time early on, I never knew that I would get to work directly with him.

One of the big producer’s at the time was Hal Davis and he wrote a lot of great Jackson 5 hits. Anyways, Hal was working in the studio with Michael on his fourth solo album, which became Forever, Michael, and during that time, I came to play some songs for him. With what I played for him at the time, he wasn’t too crazy about them, but that was okay. During that time, Suzanne de Passe and Berry Gordy were very impressed with my writing abilities, so they connected me with Academy Award Nominated Songwriter Mack David. Mack’s passed away since then, but he’s the one who wrote the original lyrics “Bibbity Bobbity Boo“ for the Disney original film ‘Cinderella.’
​
Well, during the time Michael Jackson was working on Forever, Michael, Mack had just signed on as a writer with Jobete, a division of Motown.

So Suzanne said to me, ‘Michael, I’d like you to meet Mack and see if you can both come up with something for Michael Jackson .’

I said to her, ‘Sure!’ After that introduction, Mack and I made plans. He and I got together at my house, and we sat down at the piano and I played this certain melody. I remember Mack saying, ‘I love that melody.’ He leaned over on my pool table and started writing down ideas. He asked me, ‘What do you think about this? You know I wrote the original stuff for Disney, right?’ I said, ‘Yeah, I know.’ He said to me, ‘What do you think about Cinderella Stay Awhile?’ I said, ‘I love it.’ And the rest is history. He wrote the lyrics and I took it into Hal Davis, and he just flipped out over it. When they played it for Michael Jackson , he loved it too. We set up studio time and had fun recording it.

​
What are some unique studio memories you have with Michael Jackson during the recording session?

Michael Jackson was 16 years old at the time when we recorded the song. He had a production assistant named Suzee Ikeda and she would always be with him in the studio to make sure producers treated him right. At this time, this was when Michael was really starting to get influenced with his own ideas, too. Well, I remember for ‘Cinderella Stay While,’ he had some ideas that he wanted to try, but Hal didn’t like them. It was so funny because every time Hal would turn around with his back facing Michael, Michael would make these faces at him! He would make these funny faces at him and I would crack up.
​ 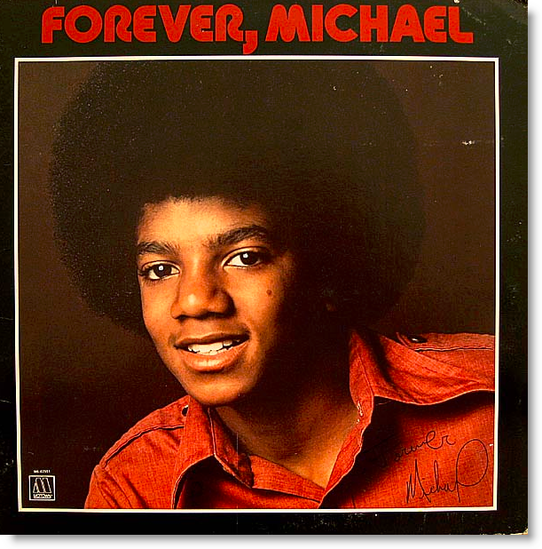 Motown had a lot of control over the music, but how would you define Michael Jackson ‘s creativity in the studio at that time?
Michael came up with this idea for the end of the song. Actually, he came up with all different ideas for the song and Hal kept saying, ‘No, no. I don’t like that.’ So Michael would make a face and Suzee would say, ‘Oh, come on, Hal. Let him try it.’ Hal was very set in his ways with the music. You know, [Hal] had a lot of hits, so he knew what he was talking about when it came to music. But it was even clear to me when we were all in the studio that Michael Jackson had a lot of ideas of his own as well. He was hearing ideas in his head that would go well with the song, that I don’t think were understood at the time. But, I could hear what he was talking about when he was describing what he wanted to try. At one point I said, ‘Why don’t we try it.’ So if you listen closely to the end of the song, and nobody knows this, but at the end of the background of ‘Cinderella Stay Awhile,’ Michael wanted to do this counter melody. When you hear the background singers sing the lyrics at the end, ‘Cinderella, I wanna be your fella!,’ underneath that, Michael Jackson is saying, ‘You’re the one that makes my dreams come true! I just wanna spend my life with you!’ It’s very subtle, but if you listen at the very end of the song when it starts to go to the background during the final chorus, that’s what he’s saying, and those spoken lyrics were his own idea.
​Who else was involved with ‘Cinderella Stay Awhile’ musically?
We recorded the song after we presented it to Hal, but before we could record, we had to schedule the session. We set it up for about a week later for the rhythm session. James Gadson was on drums, Henry Davis was on bass and I played the organ melody that you hear in the background. We also had a string section and that was done by David Blumberg. In addition, we had the famous background singers, The Waters. They were phenomenal. Everyone did their part to make the song as beautiful as it was.​We recorded all different sections of the song. We had a rhythm session, horn arrangement session and then we brought in the background singers to record. Then, we brought in Michael to record the lead vocals. We recorded everything on different dates, but we brought him in one day after getting the rhythm session recorded. We also did something called M.O.D.’s, which were short for Miscellaneous Overdubs. We did those for the song on another day as well. The overdubs was a guitar or percussion of some sort that you hear at different parts.

The beginning of ‘Cinderella Stay Awhile’ is unique, but that same sound was popular during the mid 1970’s. How did you come up with the song’s opening?

That was from a really popular synthesizer back then called the Arp 2600, and that’s what created that unique sound at the beginning. Originally when I wrote ‘Cinderella Stay Awhile,’ I played it on the piano in high notes. When you hear that, ‘Doo-doo-doo, doo-doo-doo, doo-doo-didly-didly-doo,’ we duplicated that sound on the Arp 2600. Dave Blumberg and Russ Terrana were engineers on the song. I came up with that sound idea when Mack and I wrote the song, and Russ and Dave were able to copy that sound, and it turned out really beautiful.Then you have that, ‘Dah-Dah, Da-Dah,’ which is echoed by the harpsichord that’s in there as well.

Do you have any special memories that stand out to you about the time you spent with Michael?

I remember when he and I were both in Hal’s office to talk about ‘Cinderella Stay Awhile,’ and him complimenting me on the song. Michael Jackson said to me, ‘Wow man, you’re a great songwriter.’ This was before we recorded the song, and Hal and I sent Michael Jackson the demo, but we all went over it that day in his office. That was very cool. Michael Jackson was just a cool guy. ​

To know more about Michael B. Sutton, please visit:

Pump It up Magazine caught up with one of early Motown’s musician and hit Bass Player David Shields. 1.David, can you tell us your first introduction to a Motown recording session? My name is David […]

1.Tell us how you came to be one if the most sought after guitar players in the world. Moving from Cleveland, Ohio, I hooked up with some of the best musicians in LA then performing […]