Kiss the Monkeys (kTm) networking group has organically evolved into a social connector of fun-loving individuals with diverse backgrounds in fashion, entertainment, and entrepreneurship with a commonality; they are cause-driven. This well-designed machine is driven by Social Media Guru’s Alex Harris and Raquel Sanchez from Los Angeles. They are going full-speed globally with their passion for entrepreneurship and giving back, with over 10,000 members since their inception 2 years ago. Kiss the Monkeys new members join free and are welcomed in VIP fashion on the Kiss the Monkeys Interactive Facebook page.  New members are asked to showcase their talents, include a professional head shot along with their charities for all members to see. New members receive a warm welcome from the members of the kTm family and are then invited to kTm Red Carpet events. kTm Red Carpet events are filled with celebrities, glitz, glamour, entertainment, and charity.

We sat down with Founders, Alex Harris and Raquel Sanchez of Kiss the Monkeys (kTm) to discuss how Kiss the Monkeys went from a group of friends just having fun on the roof deck of their home to becoming an eclectic global networking group. 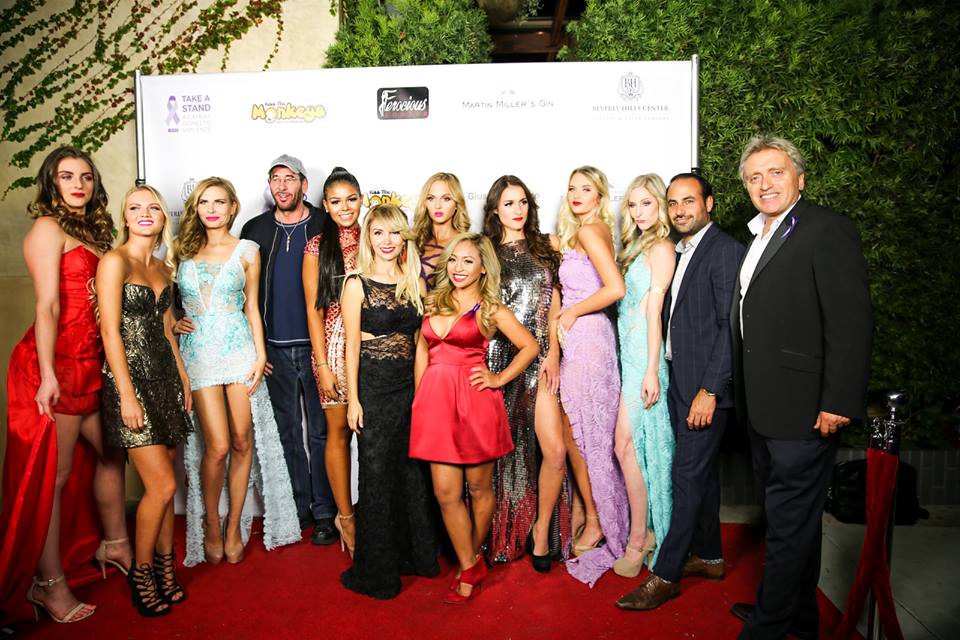 2. I am sure you have been asked, where did you come up with the name Kiss the Monkeys?

When Alex and I sat down to brainstorm about forming an events group and community, we wanted a name that captured the essence of the members of our combined Facebook networks.

As social media specialists, this was the easy part. We knew that our offline and online friends were socially conscious people, who are open, fun-loving and all shared certain values. Let me complete the thought with the fact that I, (Raquel) always thought of a word “monkey” as a term of endearment. It is the pet name for my daughter Madison. I selfishly attributed our company name to Madison unbeknownst to Alex.

3. How did Kiss the Monkeys evolve?

Alex grew up in Kent, England. At an early age, Alex decided that he would be the one of his two brothers to carry on the family business in fine estate jewelry. He moved to New York. He also started a social media company with over 250K members that did some of what kTm brand does today. I am from the Philippines, raised in Chicago, but I had yearned to live in LA, since my first visit to California as a child. I have a diverse background in fashion design, hospitality and performing arts (as a dancer and owner of a dance company). Alex, twice divorced, decided to move to the other side of the coast to start with a clean slate and we began Kiss the Monkeys in LA. Today, he holds close his most precious jewels…there’s me, but mostly his two children.

Our first event was a modest gathering on our roof deck just days after we moved into the home we are currently still living in. We knew we had something special when we realized that guests came in from not only areas near LA, but also flew in from different states.

Our first featured performer was Julius Cowdrey. As a dear friend of Alex, he made the distance from England. He crooned the guests on our roof deck with the beautiful backdrop of the sunset. That was only 2 years go. Julius is now a famous reality star on “Made in Chelsea.”

〝They are amazing philanthropists. They love Hollywood and Hollywood loves them back!〞

4. On your website, you state that Kiss the Monkeys is not just a network it is a movement. Can you elaborate?

My belief is that networking has changed because of technology. The way we relate or connect to one another is often dependent on initial online introductions or constant contact via social media. Whether you like or not, that is the direction we are headed. Many businesses, clubs/or organizations have not evolved to keep up with the new way we connect to one another.

Kiss The Monkeys/Mermaids aims to inspire social changes through the powerful impact of online engagements and memorable, one-of-a-kind events. 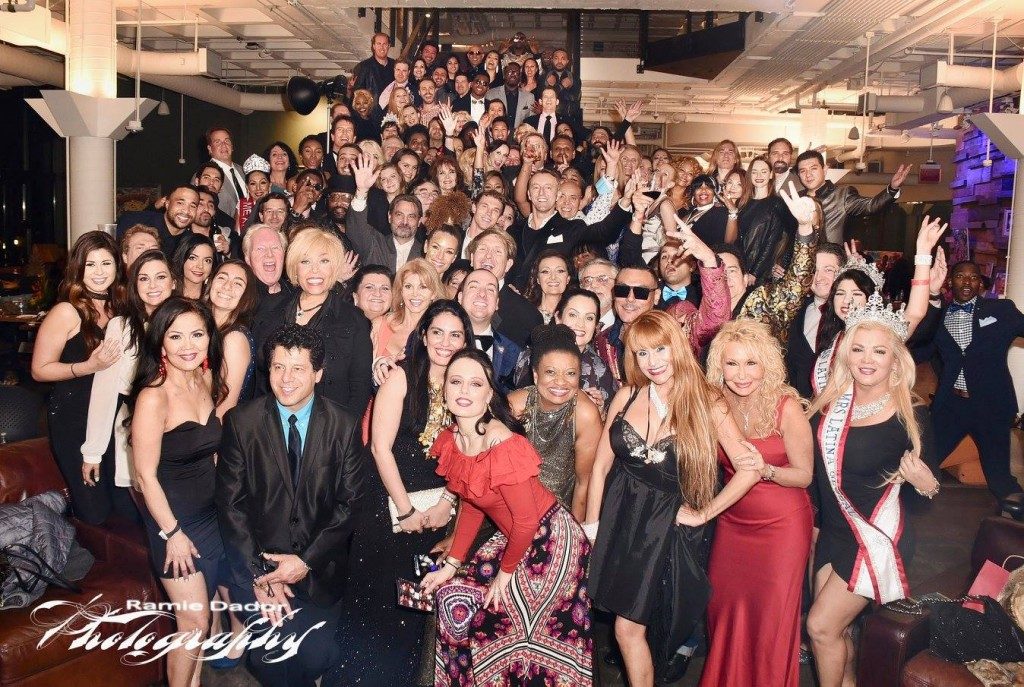 5. What are the requirements to become a member and how do people join?

While we do screen who we bring into the group as much as we can, we have an open door policy to anyone that wants to join as long as they are into connecting, and for the right reasons. Many people join other groups to market and promote themselves without giving any effort to help others. What has made us successful is that many of our members have an altruistic desire and act on it. 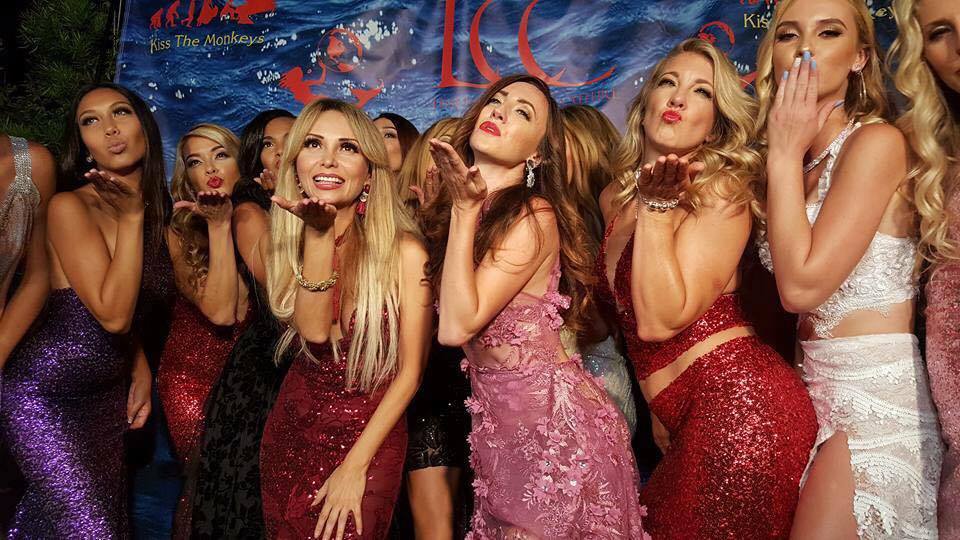 When we first started out, Alex and I ran everything. This was adequate for the first couple of seasons, but we grew so fast that there was no way for us to move forward without the fabulous team we have now. Ali Fateh and Tanuja Benni, are our East Coast Directors. Meghna Kothari and Tom Jannak are our West Coast Directors. They all dedicate so much time and heart to our mission. Kimberly Clark Ashmore, Diane Clarke and Valerie Sherrington are the women that our Facebook Interactive page. On a daily basis this power-trio monitor all membership requests and posts. Vincent A. Chavez, is our official KTM photographer. We have many other collaborates including Roxanne & Kamile Stone, Phyllis Spielman, Shantaya Pace, Davi Davenport, Pamela Quinzi, Michelle Grey and an entire army of Monkeys and Mermaids that have make kTm what it is today.

I must also mention Steve Jennings best-selling author among many other monumental achievements. Steve believed in our organization and invested his time, money and heart in KTM. We lost a valuable silent partner and dear friend when he recently passed. We will be having an annual memorial for Steve Jennings.

〝kTm epitomises positivity & oozes everything fun! I’ve performed for kTm 4 times now and I feel blessed to have met someone like Alex and RaQuel  who’s supported me from day 1! kTm is my LA family and I wouldn’t have it any other way.〞
Julius Cowdrey

Actor “Made In Chelsea” Singer/Songwriter

7. Which cities hosts Kiss the Monkeys events and where do you plan on expanding?

In California, we have a strong presence in Los Angeles, San Diego and San Francisco. We have launched in New York and Miami. Next year, we are looking to expand in Chicago and Tampa. If the winds continue to guide our sails, we look to bounce across the oceans. 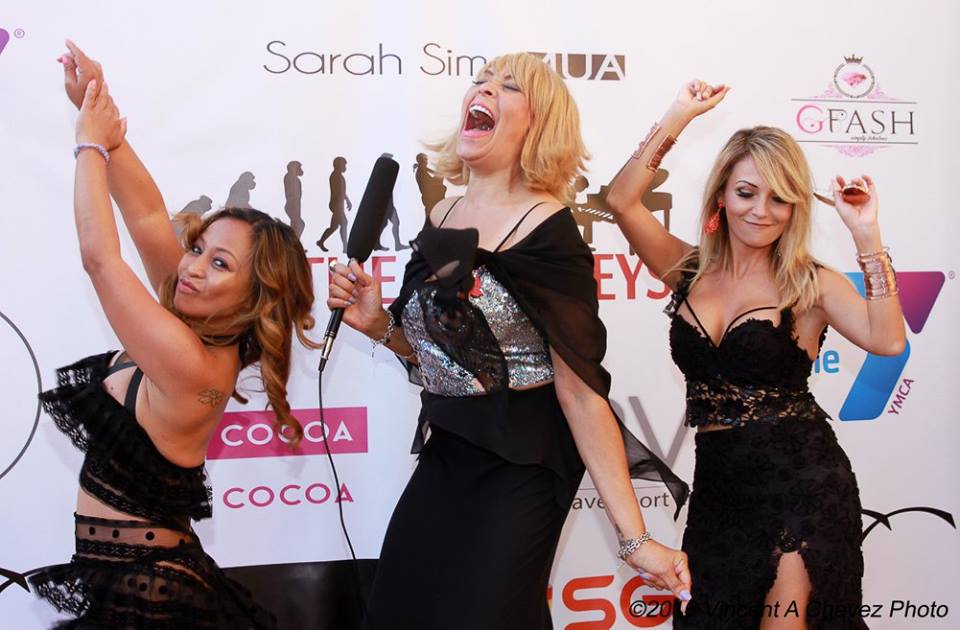 8. Where do you want to see Kiss the Monkeys in 5 years?

In 5 years??  I want to take a nap just thinking about it! I just launched a fashion line with award winning designer to the celebrities, Antonella Commatteo. The line is casual, comfortable, sexy loungewear. We will be presenting the line in different cities and expanding by the end of the year. We will also be rolling out a membership and in 5 years we have grown exponentially. Look out for us working with the non-profit group . Look out for us working with the non-profit group, Sweet Progress. We are also working on our own T.V. channel, magazine, and an online store of ours and our members merchandise and services. 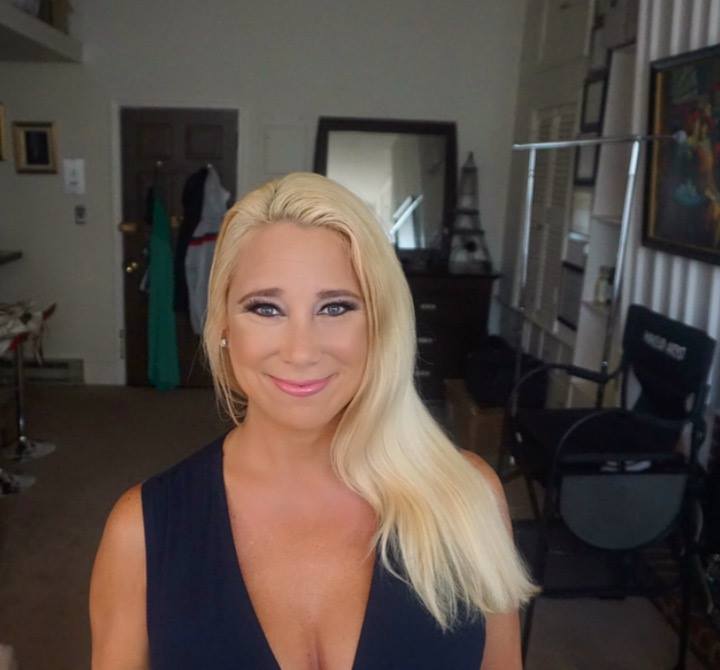 KISS THE MONKEYS will be featured on our next printed edition, please click HERE to pre order it ! 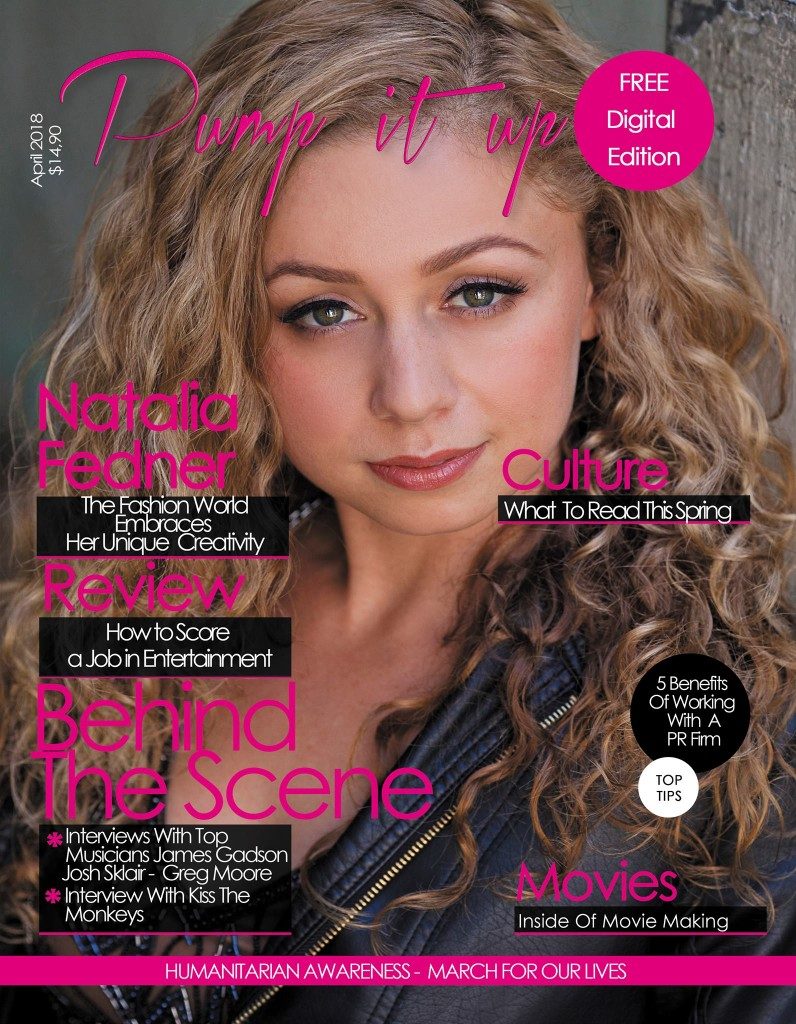 Where to watch 4th of July fireworks in Southern California

Due to the COVID-19 pandemic, the last two years looked a little different on the Fourth of July weekend. This year, events are back in full force.     Here are the places hosting firework […]

2018 Billboard Music Awards: Check Out the Complete List of Winners!

Receiving a Billboard Music Award nomination is a win in itself, but only a handful of celebrities will take the stage on Sunday night to gather their trophies. Kendrick Lamar and Ed Sheeran led the […]