As I began to listen to this new release my foot automatically began to tap and so there I was taking in this relaxed upbeat tempo feeling great and then I realized that the lyrics were providing sunlight on an extremely serious contemporary situation.  My foot stopped tapping as fast as it began.  The song gained my complete concentration as it addressed the modern day plight of individuals and their freedoms.

Ladies and gentlemen, not since the sixties has this reviewer witnessed such remarkable focus being placed on a singular movement, the peace project.

I remembered Mavis Staples stating categorically, “I will not be turned around”.  At that time Marvin was asking “What’s Going On” others including the great Sam Cooke penned meaningful, timely lyrics and rushed to set them to music.  Who hasn’t heard his, “A Change Is Gonna Come”?

These are but a few of the individuals that used their gift, music, to reach the hearts and minds of the world and ladies and gentlemen it worked.  Now, today, in 2018, I am listening to a compilation that speaks to the state of modern day injustice and addresses multiple situations as the horrible mosaic they are but the release addresses the entire disheartening mosaic in a most beautiful way.  “La La Peace Song”, written by the famous Johnny Bristol and performed by a cavalcade of stars focuses on the modern day disturbing situations at hand.  Yet, even with this disturbing backdrop in place the brilliance that the compilation brings to light is that the performers themselves, their personal buy in is revealed, which lifts you up, provides the listener with hope, and lets you see that the sun can shine again soon.  The track purposely does not highlight the darkness but rather highlights the fact that the light can shine.  It is a peaceful, upbeat presentation of the facts.  A musical presentation that embraces the hopes of today’s world. Truly, this song will be with humanity for decades to come.  It’s easy to listen to, it’s catchy, and the arrangement itself contains change ups that keep the listener from getting bored along the way.

For instance, at one point, the song moves away from a full accompaniment and presents an acapella stance that showcases each artist’s musical personality.  You hear, not only their differences in tenor, but you also feel each person’s persona. Absolutely brilliant bridge.  Overall, the song’s unified voice speaks volumes as they are one addressing change in a most dignified way.  It is this writer’s hope that The Peace Project –

“La La Peace Song” is submitted to the Recording Academy for consideration for a Grammy.  It contains both the quality required in its musical presentation and personal sincerity that comes through from all involved on the project.  Be sure to listen to this release – it’s guaranteed to touch your heart. 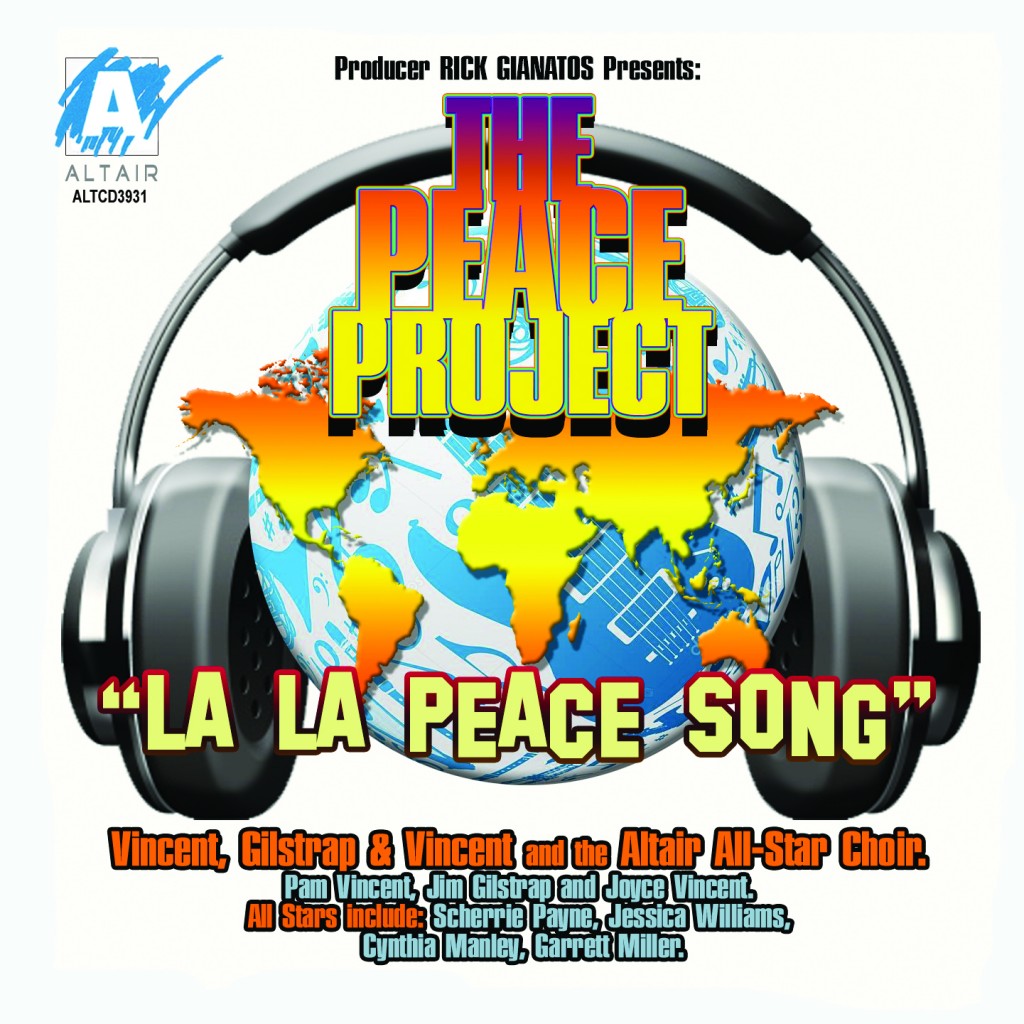