“It was like looking into a mirror. You either saw what you wanted to see, or you hated what you saw.” Stefan Van Dorp, Rolling Thunder Revue

Some people didn’t need a Martin Scorsese documentary to figure out that the only thing we know for sure about Bob Dylan is that his name isn’t really Bob Dylan. The truth is often running between the shadows.

The Irish crew at that time included John Treacy, his brother Ray, Brendan Quinn, Jimmy Fallon, Mick O’Shea and Richard O’Flynn and on form they ruled that part of New England. He also earned the nickname “Blocks” for his fearless front-running from the gun and while that tactic sometimes cost him the win it was always a true run race.

He was born Richard Flaherty, in April 1961, at Seán Ross Abbey, south of Roscrea, his mother Mary taken there forcibly the day before from her home in Connemara. Her husband had moved to England for work, and she had an affair with a married man, Martin Conneely, which sealed both their fates. He never got to see his mother after he was born, although she refused to sign the adoption papers, which would have sent him to America. Instead he was taken in by foster parents, John and Mary Mulligan, at age three, living out his childhood on their farm in rural Kilkerrin, in east Galway.

Seán Ross Abbey was the setting for Martin Sixsmith’s book The Lost Child of Philomena Lee, and his mother served out for years in the convent laundry before returning to Connemara, given no whereabouts of her son. For years after he had nightmares about the place, without realising the nightmares had actually happened.

“There was always that emptiness, some loneliness there, even though my foster parents were wonderful people,” he tells me. “There was still a huge stigma around adoption at that time, and it was an embarrassment, definitely, people calling you names, saying you don’t know who your father is. You felt a little displaced.

“That all stopped once I started running, starting being successful, helped me through that period. It was a driving-force as well, a desire to succeed, to win races. Even though that drive was coming from emotion, I was running from my heart the whole time. Always hoping in the back of my mind my parents might see me.”

He was selected for his first Irish international at 18, the name Richard Flaherty on his passport another reminder of his uncertain past, but his success with Kilkerrin athletics club wasn’t going unnoticed. When he finished third in the Irish Schools behind Marcus O’Sullivan he got a call from Providence College and that sent him on a proper adventure.

“For me America was another huge adjustment, was a bit of a struggle initially, and can be very lonely at times. I did miss my parents, but some success there also helped grow my confidence again.”

For reasons not yet understood he was also drawn across town to Thayer Street most weekends, picking up $1 vinyl, everything from Elvis Presley to Merle Ronald Haggard, melodies constantly rising in his head. After returning to Ireland with his wife Margaret in 1986 he chased the Olympic dream for a few more years, running with Clonliffe Harriers, his last Irish title won in the marathon in 1995, before life slowly got in the way. 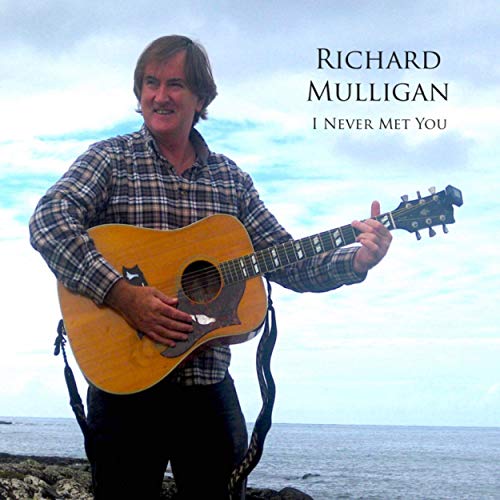 It was after the birth of his first of four children, in 1988, that he decided to seek out his natural mother, finding her mostly by chance still living in Connemara, after tracing the death of his half-brother Joseph. They reconnected at once.

“The biggest thing for me was loyalty to my adopted parents, I didn’t want to hurt them. Right after my first son Richard was born, I knew I needed to find her. It wasn’t about me anymore, I just wanted to tell her I was okay, there was no resentment, only a sense of loss.”

It was only after she died five years that he began seeking his natural father, already deceased but turns out came from a family of famed and celebrated Irish musicians, including his nephew Mick Conneely, one of the most respected fiddle players in the Irish tradition. That, for sure, is where he got his love of music.

“Music was obviously in the genes,” he says, “was always there, I just didn’t know it. Running saved me in some ways, in other ways the music has too. They’re both really about performing, and I feel blessed for all they’ve given me.”

A motorbike accident four years ago means he doesn’t run anymore, which does mean he devotes more time to his music. Entirely self-taught on multi instruments, his album has been getting airplay as far as the US, Australia, and South Africa, his own songs of experience at times sounding a little lonely, only utterly freed by their delivery and the truth.

Richard Mulligan’s I Never Met You is available on iTunes, Spotify, and Amazon.

Music Review : This Is My Country by Brenda Sutton-Turner

The ravishing musical veteran and former Motown songwriter Brenda Sutton Turner delivers a timely message with her captivating remake of This Is My Country, originally performed by The Impressions and composed by Curtis Mayfield. Brenda […]