(Los Angeles – December 28th 2021)  Married to veteran Motown LA producer Michael B Sutton, who also doubles as her producer, is sensational artist ANEESSA, a clear definition of the modern-day Songbird.

Hailing from Saint-Étienne in East-central France, Aneessa has had the opportunity to live in different cities around the world and experience different sounds and cultures. Her passion for music developed strongly as she explored life’s various possibilities. She started performing while at a younger age and eventually took the dance music scene in Asia and Europe. At this moment in life, she went by Anya Rose and Lady Aneessa.

Currently residing in LA, California, Aneessa has in the past years released music that is not only refreshing to the ears but also diverse in content. Her rich discography is a hiding place for so many music lovers, with her songs being widely streamed across major music streaming platforms in all parts of the world. Inspired initially by international pop icon Madonna, Aneessa has always used her side time to make jazz, soul, and pop covers to some of her favorite Madonna tracks. Her recent release “Miles Away,” released for now exclusively on her website, dropped as one of her popular Madonna song covers that she recorded this time with a neat touch of smooth jazz/pop.

Considered to be one the world’s greatest Hit Makers and Artists of all time on Global charts, Madonna released her single “Miles Away” back in 2008 off her eleventh studio album “Hard Candy.” The song was initially written by Madonna as a clear definition of how being in a long-distance relationship can raise so many untapped feelings. So many artists in the music business today go through such a time where they have to spend time away from their loved ones. For sensational artist Aneessa, this was a call of something new dedicated to all those living in such a situation. Just like it is usually said; “Old is Gold.”

Aneessa turned Madonna’s old song into real-time gold that can be enjoyed by anyone going through a similar situation in life. Whatever distance is between you and your loved ones, Miles Away cover by Aneessa is the song that is going to call you back to a place of comfort.

Aneessa released the song cover recently with exclusive rights reserved only for download from her website. She made a perfect cover song that features dreamy smooth jazz that will leave you asking for more. The feeling of being away from your loved ones can raise a lot of mixed emotions and questions. Most people usually run to the internet and try to search for answers there. Even though everyone has a style in which they handle such emotional times, one common factor that is similar in all situations is the miles between the two of you.

Aneessa’s Miles Away cover is one track that will lead you on a streak of understanding how to handle such emotions with its breathtaking production. 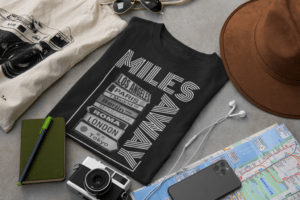 DO NOT MISS THIS!!! SAINT JAIMZ is the next big thing in R&B Music!!!

Rapidly rising R&B icon Saint Jaimz launches back onto the global music scene with his latest unforgettable EP “Throwback the Covers (Vol. 1). The six-track epic is a compilation of the most timeless R&B tracks […]

1. Great to have you on Pump it up Magazine. Please, introduce yourself? Greetings my name is Roseann Sureda I am a Vocalist/Performer/Songwriter/Producer Arranger/Recording Artist,. I reside in The Hudson Valley, (Hurley NY)   Creating  music […]

This time of the year, things are getting as festive as ever. While roaming the streets of New York City, I can see the lights and trees from shops and road installations, and even […]