Will Smith is at the center of controversy following a report from Deadline that says he is attached to play Venus and Serena Williams’ father and tennis coach Richard Williams in an upcoming biopic titled “King Richard.” The spec script for the film written by Zach Baylin reportedly earned a lot of attention and was picked up by Tim White and Trevor White to produce through their Star Thrower Entertainment banner. Smith is also producing through Overbrook Entertainment.

The story of Richard Williams is notable as he had no prior tennis experience before coaching Venus and Serena, inarguably two of the greatest tennis players in history. While telling Williams’ story may be exciting, the reported casting of Smith in the main role has led to backlash and accusations of colorism. Sports writer Clarence Hill Jr. went viral on social media after bringing attention to the casting, writing, “Colorism matters. Love Will Smith but there are other black actors for this role.” 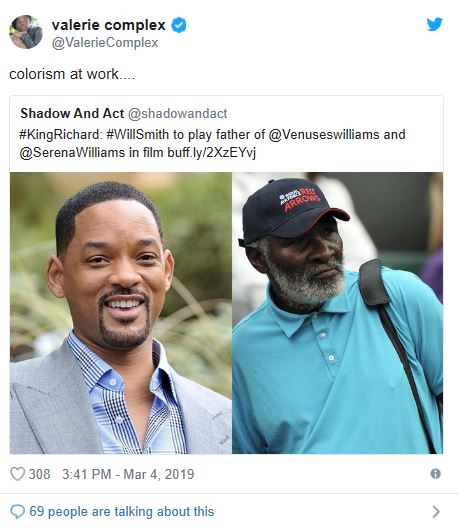 Clarence Hill Jr. was supported by the likes of film writers Valerie Complex (she described the casting as “colorism at work”) and George M. Johnson, who wrote, “Just like Chadwick [Boseman] shouldn’t have played Thurgood Marshall, Will should not play Richard.”

Colorism describes prejudice or discrimination of same-race people based solely on skin color. Many have pointed out the obvious that Smith’s lighter skin tone does not match Richard Williams’s darker skin tone. As Johnson pointed out, Chadwick Boseman faced similar backlash over his casting as Thurgood Marshall. Zoe Saldana’s casting as Nina Simone in the biopic “Nina” was also met with colorism controversy. In that film, darker makeup was applied to Saldana so that her lighter skin tone could match Simone’s.

What To Expect From 47 Meters Down 3

What’s the status of 47 Meters Down 3? In 2017, British filmmaker Johannes Roberts released the firs 47 Meters Down, with new installment hitting theaters two years later in August 2019, titled 47 Meters Down: Uncaged. Both films […]

17 May 2019 Pump It Up Magazine Cinema/TV, Entertainment, IndieMovie, INTERVIEWS, NEWS 0

The high school coming-of-age comedy will get a much-needed reimagining with the release of Booksmart, the feature directorial debut of actress Olivia Wilde. The film, which made its world premiere at the South by Southwest […]

9 January 2017 Pump It Up Magazine Cinema/TV, NEWS Comments Off on ‘La La Land’ Breaks Golden Globes Record for Most Wins by a Film