1.For those who might not know of you, who are you, and how did you get into the music scene?

Quite by accident.  My big sister, Freda, was home from New York for a short visit.   She was talking on the phone with Eddie Holland of “Holland, Dozier, Holland” Motown’s hit songwriting team.  They had formed their own company, “Invictus/Hot Wax” recording company.  While she was in conversation, I purposely got on the piano in our living room and started playing and singing, very loudly, I might add, a song I had written…  After a minute or so, Freda called me to the telephone because Eddie wanted to speak with me.  He asked what I was playing and I told him I had plenty more where that came from.  Then, he asked if I would like to audition for their company and I told him I didn’t mind…  They sent a car for me and took me to Lamont Dozier’s house where Brian Holland, Ron Dunbar and Jeffrey Bowen joined in.  I played 3 or 4 more songs.  The next day, I was in the company’s office signing a recording contract.

2.How was your experience with the SUPREMES

How do you think?!  It was fabulous!  Having lived in Detroit all of my life, I got to travel to parts of the world that were unimaginable as a kid, growing up…  Japan, Italy, Australia, The Philippines, England, South America, The Netherlands, just to name a few.

3.What is your main inspirations when writing your songs ?

I don’t plan it; I just let it flow…  Sometimes, I look up at the sky or at some beautiful flowers and know that all of wonderment came from God.  I let him talk to me.  He is my inspiration.  I’ve had experiences in my lifetime, some good, some not so good, that give me ideas or motivation.  I tell my story through my songs.

4. Tell us about your playwriting and screenplay writing.

The same goes for my screen and stage-play writing… Throughout my career, I’ve written twenty screenplays, three stage-plays and three musicals.  I’ve yet to sell a screenplay because I don’t have an agent and that’s what’s needed in this industry.  Otherwise, scripts are just tossed out if there’s no representation attached to it..

Five years ago, one of my stage plays was produced by Don B. Welch productions, “It Always Rains On Sunday.”  It’s about a Black family living in Charlotte, North Carolina.  They’ve been harboring a secret for 27 years.  When the eldest son returns home after a long absence, all hell breaks loose!…  Donald Welch also produced a second stage play in 2016, “A Lady In Waiting,” which garnered two nominations for Best Supporting Actress from the NAACP Theater Awards this year.  It’s about a Louisiana woman on trial for murdering her husband…  Donald directed both plays…

Last summer, I, along with my daughter, Shoshana Payne Phillips, who is a vocal coach and has her own studio, La Voix Studio in Studio City, put on a musical entitled, “The Dreamseekers.”  The dreamseekers are the children.  They can’t understand why there’s so much violence, angst and prejudice, gang violence, hatred and murder in our societies.  They feel that if adults don’t get it together soon, there won’t be a world for them to grow up in…  With the exception of two songs, one, written by Joyce Vincent and, the other,  Gerald Greene, I wrote the remaining 16 as well as the book…  I’m currently working on and almost finished with my latest screenplay, “The Glory of Young Men.”

I love writing plays, whether it be for stage or screen.  It gives me a chance to fantasize and dream.  As a child, I was always imagining and being dramatic.  I guess, even way back then, God was talking to me.  Lord knows, I probably, gave my mother enough grief though.  I remember the time she came home and I was in my bedroom, sprawled on the floor.  She panicked when she saw me; I had blood all on my face.  Actually, it was ketchup!  But, she didn’t know until I started laughing!  I was so silly!  She was so mad and said there must have been something mentally wrong with me.  Not!  I just liked drama!!…

5. Do you feel there’s an issue with sexism in the industry, and have you encountered any? If so, what’s the worst example you’ve faced?

To tell the truth, I don’t think I’ve ever encountered any that I can recall but I’m sure there probably was some. I did experience racism though.  When The Supremes went to South Africa in 1975 and apartheid was still a huge issue.  Unbeknownst to us, we were deemed “Honorary whites.”  It was a wake-up call!  Then, in 1984, I had an encounter with a security guard in Las Vegas at the Desert Inn.  I was in a show called, “Dreamstreet.”  The so-called guy who was passing as a human being, insisted that I park at the far end of the huge parking lot that was almost empty.  I refused and he called me a nigger!!!  I was so furious, that during my performance, I started crying.  The audience thought it was all part of my song and emoting.  The next day, I went straight to the CEO of the hotel and made an official report.  They claimed they were going to fire that guard, but they lied!  It got back to me that he was just assigned to work on the opposite side of the hotel.  The Desert Inn is no longer there!  Good!

6. Do you feel appearance is the most important factor for a female artist? That tits overshadow talent?

A lot of things are overshadowing talent, I feel.  Too much emphasis is put on boobs and buns!!!  My goodness!  What happened to the voice?  Can the girl even sing?  I know it always helps to have a gimmick, but, give me a break!  Times, they are a-changing!  I wish we could get back to the basics.  Lady Gaga is known for her way-out costumes, but, she has a great voice and is classically-trained!  The girl can sing!!  I truly admire other singers like Ledisi.  She’s magnificent; her voice, extraordinaire!  I hate it when other female artists feel they have to grind and show their exposed butts to the camera.  It’s demeaning and not setting a good example for our young girls, especially, Black girls…  I say, show some class, not ass!…  Maybe I’m just old.  It’s definitely a different day now…

7. Can you tell us about our last project LA LA PEACE SONG, produced by Rick Gianatos ?

This is a great song…  I loved it the moment it was first being recorded…  Rick did a wonderful job.  I’ve known Pam and Joyce since the late-sixties at Invictus in Detroit and Jim, since the mid-seventies…  We’re family!  It’s always so much fun to sing and perform with them.  This song came together because it was timely.  Look around us!  Everywhere you look there seems to be discord, hate and anger.  Love overcomes a multitude of negativity and that’s what the world needs now.  Love!

Our group, Scherrie and Susaye, Formerly of The Supremes, feat. Joyce Wilson, just returned from a gig in The Netherlands.  In the beautiful city of Maastrict.  It was great.  It was Susaye Greene’s first official gig with us since Lynda Laurence departed last year (Susaye was the last Supreme, joining in 1976).  Lynda and I were together since the group was formed in 1986 with Jean Terrell and Cindy Birdsong.  Initially, we were called, “FLOS,” which stood for, “Former Ladies Of The Supremes.”.. Later, the name was changed using our individual names.

We will be traveling to Dusseldorf, Germany in May of this year…  Also, in July, we’re doing a Television show in Austria.  In August, we’re back east in the States for two dates.  October/November, we’ll be touring throughout the U.K…  That’s it for now but more dates are coming in…

New recording for 2018!  Rick Gianatos and I are starting my new album, VINTAGE SCHERRIE, VOL. II:  Celebrate the Life, this month, with our first track being recorded on Friday, 3/2, a smooth jazz take on the classic from FOLLIES, entitled “Losing My Mind.”  Rick took me to see the revival a couple of years ago, and I loved the track! 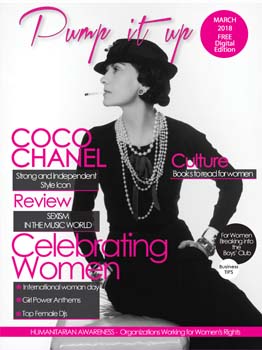 Sex U by Michael B. Sutton

Discovered by the legendary Stevie Wonder, singer and songwriter Michael B. Sutton’s musical legacy is truly remarkable. Sutton has composed and produced music for Michael Jackson, Smokey Robinson, Diana Ross, Dionne Warwick, and many others. As […]

For those who’re still unfamiliar with Weston Simonis and his wide range of musical styles, this is a very special talent. A native of the Grande Ronde Valley, Weston is difficult to pin down to one or […]

The brand new single by Michael Burrows, ‘Please Don’t Cry’, taken from his debut EP ‘Turn This Love Around’, comes at a time when the Country, Folk, Americana and Rock styled artist has worked with […]