Based out of Hawaii, the blooming chanteuse casts a superb terrain of  soulful melody that will surely warm your heart. Kailee gives meaning to life’s everyday movements through song and compelling lyricism.

Passageways  is a single from Kailee Spark’s debut album Savor This. The latter is set for release on June 26th, 2021. The tune’s unyielding acoustic vibe  and flavored rhythms are sure to strike a chord for those who love the brilliance of live instrumentation. This soft groove is enlivened by acoustic guitar strums, subtle drums, and Kailee’s incredible voice.

Music producer Bub Pratt gives Passageways a unique edge by anchoring the spirit of the track. He also worked with Kailee Spark in the development of a great music video for the song. Passageways’ music video is filled with cinematic prose and poetic glimpses of nature that perfectly accentuate the gnosis that Kailee Spark is destined to create.

Bold and beautiful, Kailee Spark’s music is here to stay, she is a quick-moving train, and you are going to want to jump on board. 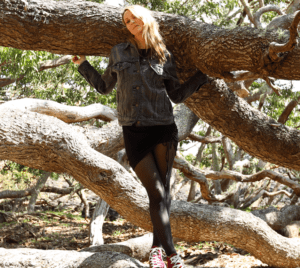 Who is someone that doesn’t listen to your music that you think should?

KS: So I’d say my music could be liked by anyone who enjoys poppy radio stations. I think my music is very uplifting for the most part and that younger people would enjoy it.

KS: Something that talks about my unique style and that it’s playing all over the radio.

KS: I grew up in the Bay Area, raised Mormon, left the church at age 22 and moved to Big Island Hawaii shortly after where I’ve lived since. Finished my bachelor’s degree in anthropology at UH-Hilo, then decided to get my MA just for the hell of it in applied cultural anthropology at Humboldt State University in Northern California.

I’ve been primarily self-employed since living in Hawaii. I used to sell crystals at the farmer’s market and then got into the car rental business with an ex boyfriend.

I love traveling and have spent a lot of time in India and can speak a little bit of Hindi.

What motivates you to get up everyday to do what you do?

KS: Having fun and constantly learning new things. I like thinking that through my music or entertainment I inspire others. 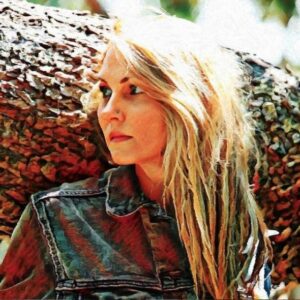 How has your family inspired you and your music?

KS: My parents are big into classic rock and stuff like Bob Dylan, Cat Stevens, etc. So I grew up listening to a lot of music. I started piano lessons around age 8 and wrote my first real song at age 12 which I performed at school functions. At age 15, a random man from my church brought over a guitar on Christmas morning for me. I had wanted a guitar for a long time and I was stoked, I began teaching myself right away and writing songs.

Where did you grow up?

KS: I grew up in San Jose CA. My sister and I spent a lot of time in the backyard climbing trees, or riding our rollerblades around the neighborhood.

What made you move to Hawaii?

KS: I wanted to learn about permaculture and raw food diets and on a forum somewhere I read about a community on the Big Island. So I first came here to do an internship at this bizarre community for three months – it was clothing optional kind of hippie commune. I decided on my third day in Hawaii I would be moving here – it just felt right.

How does Hawaii inspire your music?

KS: Yes, it definitely inspires a lot of nature themes. Many of my songs include some element of nature in them. I live in a really peaceful setting, and my house is on an acre of mostly jungle. I wake up in the mornings to the sound of birds singing and I fall asleep to a chorus of frogs and crickets. Sometimes the stars are so magnificent and bright, and the lava, the ocean, and the aloha

Who inspired you to make music?

KS: I can’t think of a specific person, but I just always loved music. At one point I was obsessed with this CD my parents had called “Wacky favorites” which had songs like “The auctioneer boy” and “Tie me kangaroo down sport”. I’d listen to it over and over. I remember sitting on the floor listening to this CD when I decided that I wanted to do music someday, I must have been around 6 or 7. 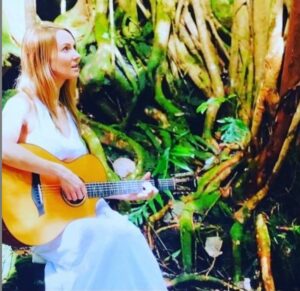 What or who inspired your song Passageways?

KS: When I first started writing the song it wasn’t about anyone specific, just a feeling I had like I knew that someone was out there that I’d feel that way about. A bit later I met someone and I said oh that’s who this song was for, let me finish it.

Talk about your producer on this song?

KS: Bub Pratt is a talented musician and our styles vibe together. I was confident he could produce my song and record with the sound I wanted. The engineer Keli’i is also very talented.

Talk about the lyrics to this song?

KS: This song is about that intense curiosity you get when falling in love with someone. You want to know everything about them, everything that made them who they are today. Who are they? What are the pains they experienced? Wanting to feel them fully, and surrender yourself to loving them. The beginning of the song refers to me having traveled around a lot. I’ve traveled and done so many things, but now I want to explore this person and who they are.

Where do you get your ideas for song writing?

KS: I don’t usually ever think okay today I’m going to write a song about…. Sometimes I’m able to get into a flow and words just come to me. I usually start by messing around with the guitar and humming out melodies, until I come up with something I like. Then I feel the vibe of the song and wait for some words to float into my consciousness while I play it over and over. Sometimes I’ll just record guitar on its own and listen to it while I drive or whatever and come up with words and themes that way.

What’s your ultimate message to your fans?

KS: That you are powerful and can create the life you want for yourself. Don’t take life so seriously. 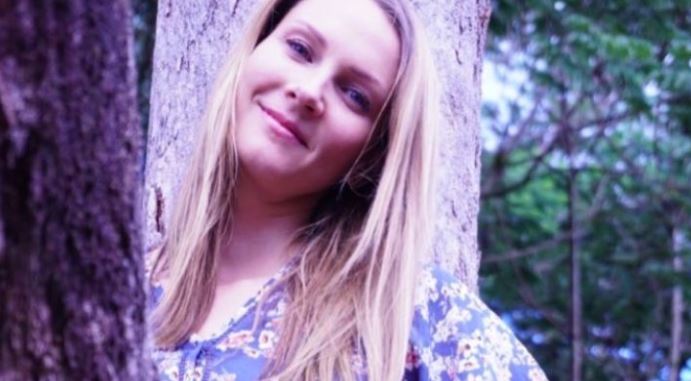 What charities are you aligned with?

KS: I used to actually work at a nonprofit here on the island that assisted the homeless in finding housing. Wow I had some crazy experiences there!

I was pretty interested in an organization that helps build squat compost toilets in rural parts of India (open defecation is a big issue which ends up resulting in babies with malnutrition and being stunted), but I don’t know if that’s a glamorous thing to talk about.

What projects will you be involved with in the future?

KS: Would love to write some more songs and start working on another album at the end of the year or next year.

Who are your biggest influences?

KS: Jewel, Laura Veirs, Bright Eyes, Emily Wells. I love Bright Eyes/Conor Oberst, his songwriting is splendid. He’s a good example of someone who doesn’t really have a great voice but people love his music because of the emotion and depth to his songs. I love his lyrics “I could’ve been a famous singer if I had someone else’s voice. But failures always sounded better, let’s live it up boys, make some noise!”

How have you developed your career?

KS: As a musician..well, I just only recently started making money off of it. I wasn’t really trying to be a musician for a while, and went through some wild depression and didn’t pick up the guitar for long stretches of time.  But recently in the past year I started playing a little bit and was surprised to find that people loved it. People kept asking me to play, and then I kept getting asked where they could download my music. This led to me searching for a place to record and that’s when I found Kukuau studio (May 2020). 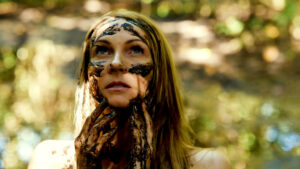 What kind of singer would you classify yourself as?

KS: Not quite sure how to classify it. I have a soprano voice but I sing kind of like Bob Dylan/Conor Oberst but female. I have my first voice lessons tomorrow, so let’s see what my instructor says. I wouldn’t really call myself a singer, more of a musician singer/songwriter. I don’t have a super great voice.  But I kind of think my unique voice is an asset to me rather than a hindrance, because I don’t sound like everyone else. I try to really convey emotions through my voice and I think that’s why people like my voice. Oh, but I do love yodeling. Maybe call me a yodeler.

What skills have you learned that will help you in your singing career?

KS: To relax, it’s okay to not be perfect.

What is the best advice you’ve been given?

KS: I’d say that the fun really is in the journey, not the destination…That’s where my idea for the Album name came, “Savor This”, it’s like savor the moment. Right now is where all the fun is. The destination is fun too, for a little while. But then I’ll want the next thing…happiness is an inside job.

What advice would you give to a singer starting out?

KS: Keep practicing and writing but don’t be too hard on yourself, it should be fun.

How did you get started with your manager?

KS: It just kind of worked out…he offered to help me by being project manager for my album release. I know I need help with other things too, so I’m like why not just manager? We get along really well and he is very good with people.

Which famous musicians do you admire?

What would you be doing right now, if it wasn’t for your music career?

KS: Writing, I like to write about my travels and what not.

Do you like that you’re being compared to Taylor Swift?

KS: Sure, she is a talented songwriter.

KS: My album release, making some cool music videos, and I’d like to do some traveling if possible too.

If you could collaborate with another artist, who would it be?

What’s the one take away you want your fans to feel after they listen to your music?

What is on your playlist right now?

KS: Would love to be on billboard charts, nominated for Grammy someday, would be sweet. Have a song on the radio. It should be pretty cool to get my “Universe at your fingertips” song into an ipad commercial or something.

Any plans for future touring?

KS: Not immediate plans but it would be great if I had the opportunity to do so. I love traveling. Traveling and music combined sounds awesome.

Do you play any instruments?

KS: Guitar, piano, and kind of drums (haven’t played regularly for a few years). I want to add some more to the list soon.

(Los Angeles, CA – March 29, 2019) – At a time in America and, indeed, around the globe when the battle for righteousness over evil incarnate has never been more transparent, 12-year-old singer/activist/author Jhala is […]

Great to have you on Pump it up Magazine. Please, introduce yourself? My name is Craig Moreau. I am 30 years old. I am a country american singer songwriter from New Hampshire How did you […]