Up and coming R&B star BlackLove‘s second full-length album “BlackLove the Album” is a potent reminder why this hugely talented singer-songwriting remains at the forefront of the underground R&B scene. Beautifully soft, infectious and brimming with personality; the release is a soothing, feel-good journey from start to finish. 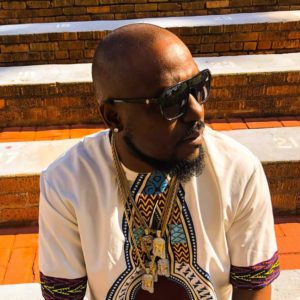 Opening up with “Extraordinary”, the perfect production is impossible to ignore. BlackLove’s voice is stylistically dripped with modern effects that are truly irresistible to the ear drums. Every track on this album is an anthem. From soft slow jams like “Stella” to smoothly stripped back ballads like “Same Energy” — BlackLove has a knack for making us feel. It’s a truly intimate ordeal with it feeling like the artist is speaking directly to us with his lusciously low voice and pitch-perfect harmonies. Many of the songs touch on subjects of love and human relations in such a candid way it feels 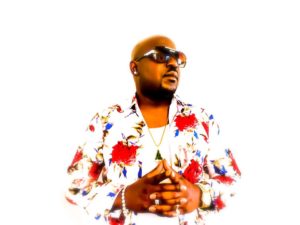 like we’re right there feeling the same pain BlackLove is.

Truly the kind of album to sit back, relax and listen to from start to finish.

One of the stand-out tracks is “Clothes” which features the angelic vocals of a female singer. The production and energy of the track is truly breathtaking, as BlackLove’s vocals blend in with this deep, almost slow-mo effect. He also takes a trip into a more hip-hop influenced sound in the track “Good Sex” where his lusciously auto-tuned vocals glide over an infectious trap-like beat. It would be unfair to categorize this album as just an R&B release, as BlackLove creates a style entirely of his own with a fresh modern flair. From the softly soothing verses of songs like “Lay Down”, to the irresistible hooks of final track “Better Me” —  this album truly is a masterpiece!

Taking the classic R&B sound and spinning it with his own style over slick modern production, here’s an album that can be enjoyed by fans of all musical persuasions.

Great to have you on Pump it up Magazine. Please, introduce yourself? I’m a musician/guitarist in pursuit of excellence, artistic and creative expression. When making music I strive for quality, eloquence, passion and intelligent soulful […]

The Funk Fathers Band is a music group from the city of Tlemcen in Algeria, formed in the early 90’s by three childhood friends Little Hill (Soulhill), Big K, Abdel and Nounou. In the […]

Alyze Elyse “U Got Me Trapped”