News Ticker
1.How did you get interested in singing?

I think I must have been born singing because I can’t ever remember a time when I wasn’t singing or thinking of music, hearing it in my head and in everything around me. 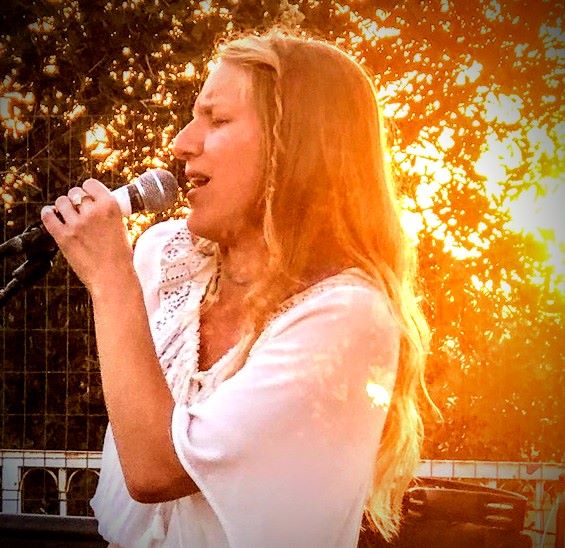 2.Did you have a musical family?

My father, Craig Wasson is a wonderful musician; he sings, writes, plays piano and guitar.  I definitely inherited his music genes for sure. I grew up with my mother who was not a musician but she loved and appreciated music and used to sing 1940’s standards as lullabys when I was little. She was a big fan of Big Band and oldies music as well as musicals, Andrew Lloyd Webber specifically and Les Miserables, lots of Les Miz..

I listened to that musical so many times growing up, I still know almost every song by heart! When I was 11, the cassette of Andrew Lloyd Webber’s greatest hits got stuck in the tape deck of my mom’s Mitsubishi Monterro for 6 months! We would drive around singing our hearts out to every song and never got tired of it.  My paternal grandmother was a music teacher. When I was 12, she taught me Nat King Cole’s “Unforgettable” to sing to my Grandpa on his birthday. Though I was exposed to a lot of music on both sides of my family, I didn’t grow up with music lessons, practice or any kind of structured musicianship environment of any kind so that’s been something I’ve sort of had to work on creating for myself over the years.

3. Who were some of your early influences.

I’ve always loved John Lennon the most, I think. My dad and I always listened to the Beatles, Bonnie Raitt, and The Pretenders whenever he’d swoop into town to pick me up and take me on long road trips starting at about 2 years old. We crossed a lot of miles with that music. When I was about 7 or 8, I used to imagine myself being just like Chrissie Hynde in the Pretenders .. with a band full of rockin’ dudes and me on the mic with my hair in my face and a leather jacket.. looks like I didn’t quite go that way! My dad gave me Joni Mitchell’s Court and Spark for my 12th birthday (along with a copy of Catcher in the Rye) and I was hooked on Joni immediately.

I always like to say, if Joni Mitchell and John Lennon had a love-child and Bonnie Raitt was the stepmother, that’d be me. (with Chrissie Hynde as the rebellious older sister, Susanne Vega as the Nanny, Bob Dylan and Sting the two eccentric neighbors, to complete the analogy!)

4. Did you have formal training?

No. None what so ever. You’d think that would have been part of the picture but somehow that piece fell through the cracks. Spending most of my after-school play time at the house of a great couple with two kids my age for many years who had weekly piano lessons; sitting in their living room and listening to their lesson once in a while is the closest I came to “formal training” ..
5.Were you involved with singing in school?
Definitely always singing something in school talent shows, took choir in high school. 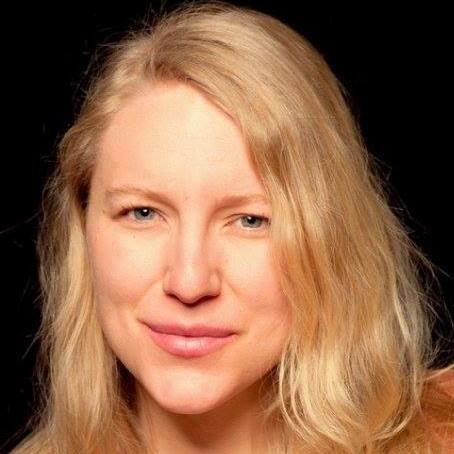 6. How did some of your early gigs go?

I was in a blues band in 2008 when I was living in Santa Fe New Mexico. One of the first gigs we played was at the Madrid Blues Fest in Madrid, NM an old mining town with a great history. It was an interesting experience because we were actually playing in the Mine Shaft Tavern bar after the blues fest ended,, so in essence we were the last band of the night.. There were a lot of blues legends there and they were all on the dance floor cheering us on.. It was really an honor, actually. The band already had 30 songs ready to go.. and I had connected with them a few weeks before, I was looking to start a blues band.. they said they were a blues band looking for a singer and could I learn 30 songs in 2 weeks for 4 upcoming gigs and I did. It was great. We had a blast.  I’ve also sung a lot in Ireland. The Irish have a great appreciation for the voice on it’s own as a worthy instrument. I get asked to sing a lot over there.. they’re always asking me, “How is it that you’re American when your voice sounds so Irish?” 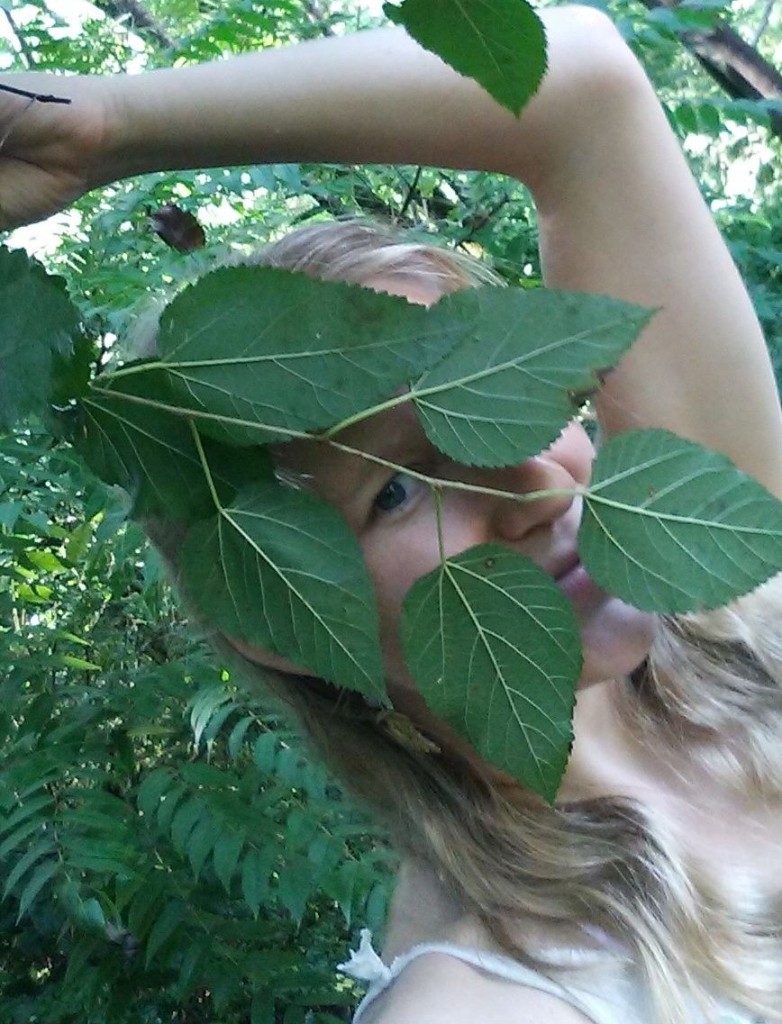 7. What was your turning point of becoming professional?

It’s been a gradual one.. I’ve had a lot of healing work to do around music, performing, collaborating, if and how I should put myself out, learning an instrument, figuring out which instrument is the least emotional for me to work with, etc.. In the last couple years I’ve had so much feedback from so many people, people I care about and know well to total strangers who hear me sing somewhere, all asking for more and sort of looking at me like I must be crazy for not going all in on pursuing a professional musical career. I spent a very quiet and reflective year in TN 2017, praying for direction and clarity in regards to how best to be a light in the world and use my gifts and every answer I got was MUSIC, WRITING MUSIC WRITING MUSIC….. and ….GO BACK TO L.A. AND GET SERIOUS ABOUT IT! I got that answer pretty loud. Sometimes that Still Small Voice has to shout.. So… I listened and here I am!

8. You are now on the Sound of LA label. Can you tell us about that?
I love everything about this label. Everyone is so unique and real and there’s a very authentic feeling of “this is a family thing”. I’m just scratching the surface of it all, honestly.. It’s pretty exciting to think how the picture will unfold in time.  The way I got here is a real blessing.

Michael Sutton and I went to the same church when I was a kid in LA. His daughter, Tiffany used to babysit me and my friends and I have fond memories of Michael chasing us around the church parking lot, playing tickle tag. We reconnected around 2010 on facebook. He didn’t know I’d grown up to become a singer/songwriter. I was traveling up the coast in 2013 in a little Toyota RV, just having come back up from a solo winter in Baja. I had written lots of new music and he invited me to stop in and check out his cool studio and catch up on the years, or decades rather!

I sang some of my songs and he was like “Woah, what?! I wasn’t expecting that! We better get you back in here to record!” 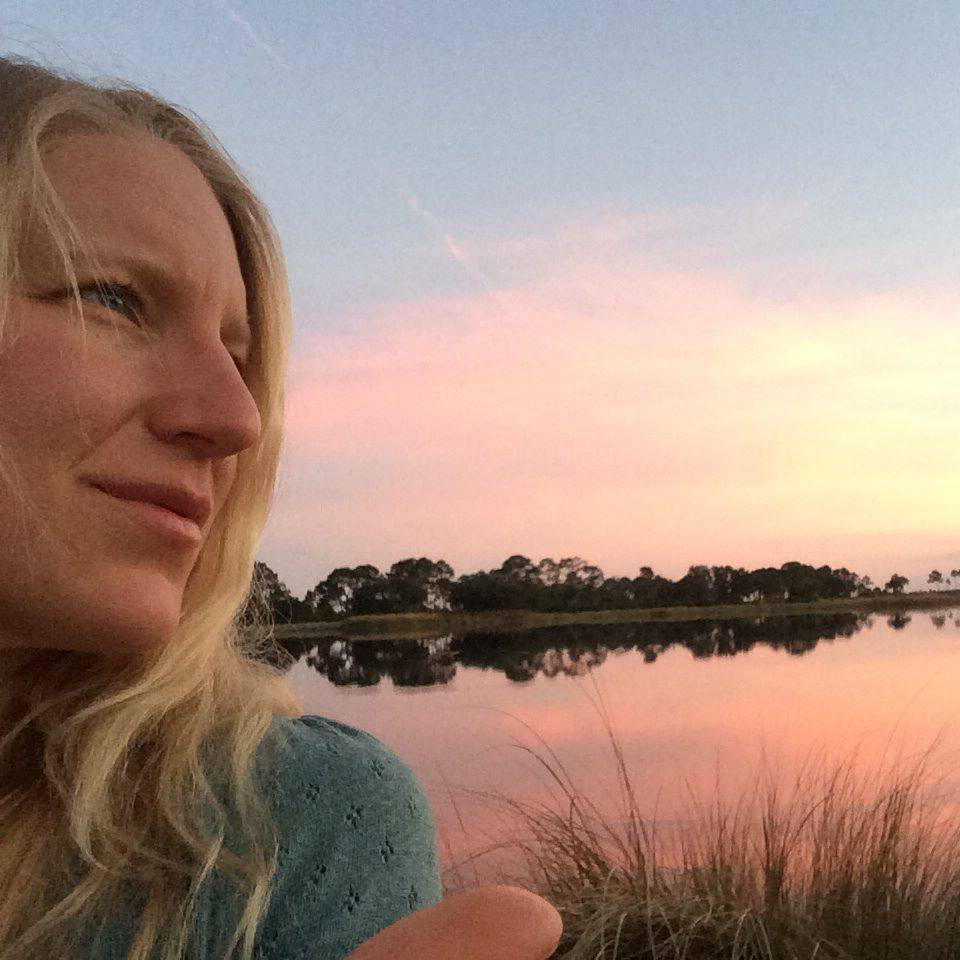 I came back a year later on my next pass through SoCal. We put down 3 really sweet, beautiful tracks  and then off I went on a cross country road trip while Michael started working on the tracks, finding a guitarist, paving the way for me to come back and get serious and then keeping the candle burning for me when I hemmed and hawed about whether I was really ready to do more…for years! I mean, really, how many producers will do that! He’s amazing..  He’s been so incredibly patient and encouraging, letting me make my way though my own stuff to get to a place of being ready to really dive in to the music, the label, the business, and everywhere that leads! His new wife Anissa has been incredibly helpful too with the promotional side of things, which is where I tend to get the most hung up. She’s great at really cheering me on and pushing me to put myself out there on social media and so forth. It’s an incredible feeling, having Michael and Anissa believe in me so much and be supporting my music the way they are. It’s a pretty emotional experience for me all around, I gotta say but I think that’s what inspires them.

I’m pretty raw and vulnerable about this whole process and my music in general which has probably been what’s kept me away from really pursuing it for so long but Michael and Anissa are the kind of brilliant people that know how to turn that into a finely tuned and beautifully finished product that will carry the song of my heart straight to the heart of the listener and I cant image anybody else I’d rather work with.

9. How involved are you with the planning and production of your releases.?

Well, right now we’re just working on getting the single ready to release late Spring. But I feel totally a part of it. We’re all a team. We trust each other.

Sara Rose singing in the video below with THE SOUND OF L.A. music producer Michael B. Sutton!
10. Where do you see yourself in the next 5 years

Wow.. Well, I’d really love my two biggest creative passions – Music and Screenwriting – to have successfully fused into a worldwide phenomenon, (or at least a successful production company – Faithful Heart Productions) of music driven films that open people’s hearts and challenge them to have a greater trust in the Divine Force of the Universe with music that renews their strength to love and be loved.

Being married to an equally intense, passionate and eccentric fellow musician & writer, having kids, playing music together and writing/producing films together, taking the music on tour in a big family love bus.. that would be some pretty sweet icing on the cake. .. Or, at the very least, being able to make a living solely on my music and writing, knowing that I’m reaching a wide audience of people and touching their hearts, shining a love light into their hurting places.

11. Do you have any words of encouragement for new aspiring artists?

Don’t let your fear get in your way and if it does, push through it with all you’ve got. Don’t try to be or sound like anybody else. They’re already doing them, somebody’s gotta do you, might as well be you. People are hungry for authenticity, truth, and vulnerability so just stay true to yourself and be who you are and the right people will show up to support you. Pretty sure that one works every time. Sometimes it just takes a while to really find yourself in the first place so be sure you’ve taken plenty of time to do that! And if you stay with Gratitude, Integrity and Humility as your triple-strength North Star, you can’t go wrong.

New single Coming Out Late Spring on THE SOUND OF L.A. label, distributed by Sony/The Orchard

Rumble-G from South Korea is brilliant, positive, and puts some class on the K-Pop music world! Vol. 6 Issue #8

Roopretelcham by Rumble-G is brilliant, positive, and puts some class on the pop music world, Don’t Miss Out on Rumble G Exclusive Interview On Pump it Up Magazine Print/Digital Edition August 1st […]

“Stand Up for You.” | Alphabet Rockers make music that makes change

People often want to know what brought a “white girl from Harvard” (Founder Kaitlin McGaw) and a “black drummer/actor/beatboxer from LA” (Music Director Tommy Shepherd) together to make Alphabet Rockers. In a country that struggles […]