Cori Coppola is originally from Hollywood, California and part of a large, artistic and multi-talented family where creativity is both nurtured and encouraged. Now based just outside of Paris, Cori has lived in France for the past 19 years and has two children.

1.Why Did You Decide To Be A Producer Above All Other Industry Job Roles?

Being a Producer wasn’t really something I chose to do. I think to some extent, it chose me. I started out in the visual effects industry as a production assistant, and I worked my way up the ladder to production coordinator and eventually ended up as a full producer. In the US, I primarily worked on large-scale productions, and when I moved to France, initially I worked for an international film and television sales market for Central and Eastern Europe. We branched out into China and Russia as well, but eventually I did go back to visual effects, this time on the commercial and advertising end.

2.Did You Attend Film School Or Study Film At University?

No, interestingly enough, I have been reading The Outliers by Malcolm Gladwell, and he discusses how many people become experts in their line of work if they devote at least 10,000 hours. My stepfather growing up was a film and television director and producer, and my mother worked as a producer as well. I spent time nearly every week after school on a set somewhere, and for a while, my mother had an office on the Zoetrope lot where I would run around watching shoots, hanging out in the editing rooms and just basically observing; so I think I absorbed a certain amount of production know-how which to my mind is the best way to really learn something from the inside out. Producing is something I really just enjoy doing, and I probably have something close to 10,000 of production time behind me even if some of that time was just hanging out on sets as a child. 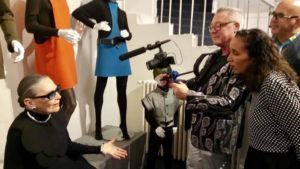 3.What Was Your First Job In Film And How Did You Progress To Producer?

My very first job in film was working for Jeff Kleiser and Diana Walczak in visual effects. I literally started out answering the phone, copying scripts, making coffee and running various errands for the office. We were working in the Berkshires on a project with Doug Trumbull, and then later, I worked for them out of their office in Los Angeles where we worked on a ton of high-profile projects. I was a production assistant and coordinator and got to meet some amazing directors, watching dailies, taking notes, etc. It wasn’t until years later when I was in Paris working at BUF that I became an in-house producer, and then later I went over to Partizan. These were wonderful learning experiences, but I put my career on hold for several years after having children.

For the moment, I am mostly looking at documentary stories to tell, so I look for things that I can be passionate about, not just from a story-telling point of view but also topics that I think will be fun to research and share. I did recently take on one fiction film, and it was mainly the director and his visual direction that made me want to take part in the project. We’re still in pre-production for the moment, and like most projects, we’re more or less on hold until production can start moving again. 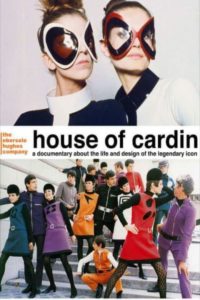 5. Can you tell us about your latest documentary “ House of Cardin”?

House of Cardin is probably my favorite project that I have ever worked on. There are some projects that come together as if by magic, and the directors P. David Ebersole and Todd Hughes are themselves magical people who bring a lot of excitement and joy to everything they do. I also enjoyed getting to do many of the French-language interviews.

The people that we interviewed included names like Sharon Stone, Naomi Campbell, Philipe Starck and Jean-Paul Gaultier. It was the kind of project that made me just jump out of bed in the morning excited for the day ahead. I am really proud of the final product and am excited for it to come out, if not in theaters, then virtually.

6. How do you select a director?

I look for someone who has a distinct vision because that is what really carries a project forward. There has to be passion because that trickles down to the rest of the crew. I do think that is a natural quality that directors have which is a guiding force in what projects they themselves are drawn to.

7. Obviously from the sound of your last name you are related to Francis Ford Coppola. Have you or did you ever seek his advice in film production or direction? ( if this is personal you don’t have to answer) ( smile)

No, I have never really asked him about anything related to making films. By pure chance, it was my family though that bought the film for North American distribution. It was funny to get in to the meeting and hear my cousin Robert Schwartzman saying hello so unexpectedly. I had not thought to tell anyone in the family that I was working on the film, so I felt like it was a natural fit for our movie to be distributed by one of my cousins.

8. What Advice Would You Give To Those Hoping To Pursue A Career In Producing?

I think that anyone who wants to work in the film industry or any industry for that matter should be totally in love with what they are doing because it is not a job for the faint of heart. It demands a lot of persistence, belief in your project which can literally take years to get made, and you need be motivated by the vision of the director. You can’t get out of bed for a paycheck. You should be doing something that matters to you so much that you’d do it no matter what because at the end of the day, you want to be happy with your choices about the projects you are working on.

Life is short – you don’t have time for regrets! 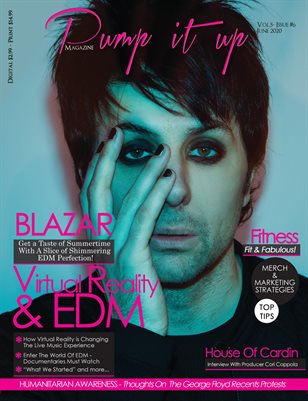 By Pump It Up Magazine in Pump it up magazine

Greetings Pump It Up Magazine Readers,As I write this editorial we are seeing our nation torn apart by the senseless killing of an African American man. We pray for his family and for all who are suffering from the aftermath of such a tragedy.Nevertheless I don’t want to spend much time on that subject.Our June and beginning of summer theme is about EDM music and Virtual Reality.On the cover we have Blazar, a EDM Specialist and…

15 January 2020 Pump It Up Magazine Behind The Scene, Entertainment, INTERVIEWS, MUSIC GENRES 0

7 October 2019 Pump It Up Magazine Behind The Scene, INTERVIEWS, NEWS 0

On now through September 1, 2019 the Victoria & Albert museum in London, is paying tribute to the most famous name in fashion, Christian Dior with a grandiose exhibition. Well conceived, meticulously organized and incredibly […]