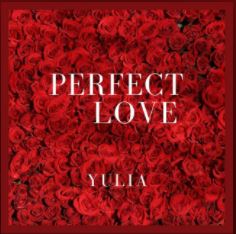 Russian born composer and musical artist Yulia has an extraordinary gift of crafting some very ingenious melodies, as affirmed by much of the music that she has released in recent years, which includes the 2021 offering titled Perfect Love. Yulia has had a rich musical career that began at the age of five when she began to learn how to play piano.

Perfect Love is a textured Jazz-influenced composition that unveils Yulia’s wide musical range and tantalizing ability to give instruments a voice of their own. Perfect Love is a sophisticated ear-grabber with a distinct sound that is truly memorable. The track  opens    with a soothing keyboard measure, guitar, and Rhodes piano that builds a heath portion of anticipation for what is to follow. We are later led into a garden of rhythms where upon the Rhodes piano takes the lead as narrator for all the delights that this wonderful groove has to offer.

Beneath Perfect Love’s surface we also find some sterling guitar play entwined with a subtle bassline supporting the track’s lead instrumentation. The drum kit is sharp and weighs in as the perfect foundation for this soulful rendering. Perfect Love by Yulia is a brainstorm track with a cultured sound that is truly remarkable. 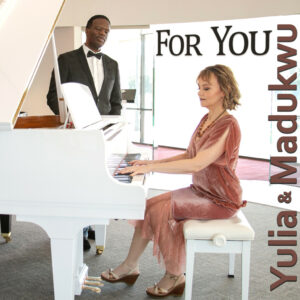 For You by Yulia

Featuring the vocal charms of singer – Grammy awarded producer Madukwu Chinwah (lyrics) Madukwu Chinwah, musical composer Yulia Petrova gifts her audience with a stirring sense of romanticism with the song For You. Originally from Novosibirsk, Russia – Yulia Petrova is an accomplished artist that has been dedicated to music throughout her entire life. She studied classical music during her teenage years and attended a dedicated music conservatory in the city of Novosibirsk in Russia and continued to educate herself both inside & outside of school. Today, Yulia has procured a sound that touches people from all walks of life, as seen in her song For You.

For You is a beautiful pianist track with light percussive sounds and accompanying strings that appear in different sections of the song. Yulia’s fervent performance behind the piano is earthshattering and carries arrangements that are akin to classical music but executed in contemporary fashion. For You is further enhanced by Madukwu’s passionate and ambient vocal. Not only does he add another dimension to the song but the emotional dexterity that he puts into each word is captivating. For You is a very cinematic love song that speaks to the heart of the listener with full sensibility. 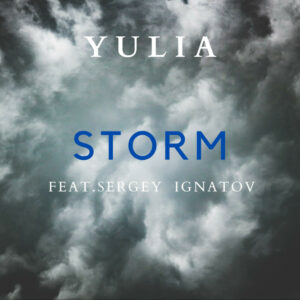 The sonic metamorphosis of composer Yulia Petrova takes precedence in her timeless recording called Storm. The Russian composer’s Yulia’s lifelong affair with music began early in childhood and continues to evolve during the adult stages of her career. Yulia’s craftiness is found in her ability to compose prose and poetry via instrumentation. Storm is a musical composition that reveals her taste for musical innovation.

As Yulia’s debut single, Storm features the expertise of legendary guitarist Sergey Ignatov. Since its release in 2016, Storm has received critical acclaim, even winning the top honors at the Los Angeles Film Awards, the Lonely Seal International Film & Music Festival, the American Songwriting Awards, and the Hollywood Songwriting contest – all in 2019!

Musically, Storm is an eclectic track with a racy tempo that is equally theatrical as it is entertaining. This intense selection hosts a comparative instrumental conversation between Yulia on piano and Sergey Ignatov’s efforts on guitar. The track’s intensity not only emulates its title but offers a fine demonstration of the collaborative genius that both Yulia and Sergey masterfully employ throughout the track.

The charisma between Yulia on piano and the high-powered riffs and strums imbued by Sergey on guitar are held together a fragrant drumkit that acts as the terrain upon which both musicians are able to glide upon their own melodies as they see fit. The inventiveness behind Storm is absolutely striking and casts a favorable impression upon the mind of the listener. 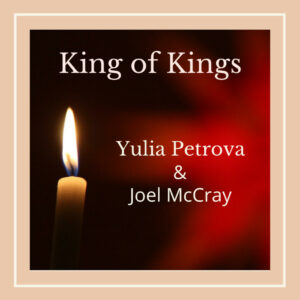 King of Kings by Yulia

While the title “King of Kings” has been affixed to several songs, all in honor of Jesus Christ, Yulia has put forth a memorable production that is not like any other. The song features the vocal charms of singer and Texan jazz artist Joel McCray.

King of Kings is a very uplifting melody and Yulia’s  talented presentation on piano is quite transcendent. The lyrics are like no other songs of the same title but remain consistent in its honor of Jesus Christ, as clearly stated in the oping verse; “Our Lord came in humbled beginnings/How could you know he was royalty…”

Joel McCray provides a stirring vocal performance that is resilient and sincere. Musically, King of Kings totes a unique fusion of jazz and gospel music. The collaborative efforts of Yulia Petrova and Joel McCray have not gone unnoticed. In 2019, King of Kings was named “Best Song” as the LAFA Awards. King of Kings lives up to its title and successfully gives honor and glory to the King of Kings.