T.I.’s political tenth studio album presents itself as a warning to black Americans who find themselves labeled social disruptors for simply trying to live their lives harmoniously.

T.I.’s tenth studio album Us or Else: Letter to the System emerges from Us or Else, a six-track EP from September 2016 that found him in a revolutionary mood. The new LP, fleshed out with nine new tracks, is just the latest point on a timeline of the rapper’s growing social consciousness. He has been a high-profile proponent of the Black Lives Matter movement; his album follows in the wake of his march in solidarity for Alton Sterling and Philando Castile, the firing of an appropriating protégée, and the calling out of a highly respected collaborator and friend who spoke irresponsibly against the movement. Most recently, he joined in the nationwide protests of Trump’s victory.Letter to the System presents itself as a warning to black Americans who find themselves labeled social disruptors for simply trying to live their lives harmoniously.

Frankly speaking, the album would have opened stronger with the third track “Black Man” instead of its actual mellowed out, preaching starter, “I Believe.” “Black Man,” a cinematic call-to-arms that includes an appropriately urgent Meek Mill feature, is one of the more unpredictable tracks on a LP that otherwise is a little too mundane and perfunctory. Quavo’s show-stealing performance on the hook—which questions the causes of police brutality, “Is it because of my people? Is it because of my sneakers?,” before surmising “It is because that I’m perfect?”—highlights T.I.’s biggest problem here. He has made himself the supporting character of his own album, placing himself towards the end of most songs, while his featured guests stand at the front lines. The decision proves costly; often, T.I.’s presence doesn’t feel significant, which is quite disappointing because he offers a polished flow throughout the project.

On the brighter side, the bevy of showcasing guest appearances—from Jacksonville-based Tokyo Jetz’s annihilating turn on “Lazy” to fellow Atlantian London Jae’s raspy flow on the backwoods baptism of “Pain”—embody two core principles of BLM: community and the advancement of future generations. With his generosity, the self-proclaimed “Grand Hustler” is repositioning himself in the vein of someone like Dr. Dre, who in 2015 introduced the wider world to Anderson .Paak on Compton. In a way, T.I.’s Us or Else: Letter to the System is his most selfless project; his exclusive partnership with and allegiance to the predominantly black-owned business Tidal, speaks louder, in some ways, than he does.

Ultimately, the album is a primer on BLM basics, something that we can tune into CNN to see Angela Rye breakdown to conservative pundits on a regular basis. The music is a little less distinguished; T.I. swings between recalling the hip-hop free-jazz stylings already perfected by Kendrick Lamar and falling back on the slicked-back southern-gentleman grit of 2014’s Paperwork. Towards the end, he offers a few stunners: “Picture Me Mobbin” is a floating, ego-boosting, cerebral bout of ecstasy assisted by the-Dream. The reflective closer “Take Da Wheel” offers a peek into his faith, as he pleads “God help me man, Lord knows I don’t want to go to jail again” over a hypnotically stifled beckoning call of “help me Jesus! Help me Jesus!” At this point, it’s not enough to take solo action, especially when you’re constantly battling on the wrong side of the system. As any black man knows, a united front is always needed for survival. 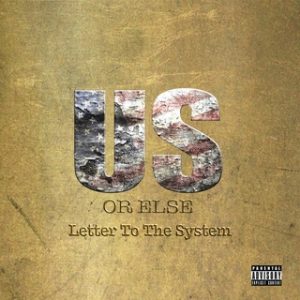 Amazing young artists to keep your eye on

From pop’s new visionaries to country’s gatecrashers — and everything in between —  1. Grace Mitchell blogger.com Given her gift for moody and striking pop songs that belie her young age, it’s no wonder this 17-year-old […]

There are glimpses of Vitalic’s old energy on Voyager, but he’s dialed back on the maximalist energy that made his dancefloor anthems radiate. FEATURED TRACKS: “Sweet Cigarette” [preview] — Vitalic Via SoundCloud Pascal Arbez-Nicolas has spent […]