News Ticker
From new songs from Justin Timberlake and Charlie Puth, to new collaborations from Liam Payne & Rita Ora and Bruno Mars & Cardi B, take a look at this week’s New Releases.

In 2002, he was Justified. In 2006, he brought “Sexyback.” And in 2013 he gave us all The 20/20 Experience (twice). Now, in 2018, Justin Timberlake is a Man of the Woods and is ready to kick off the next chapter of his career, and it all begins with the lead single from his upcoming new record, “Filthy.” The electro-heavy song was co-written and co-produced by Justin, Timbaland, and Danja, along with additional writing credits from James Fauntleroy and Larrance Dopson.

Along with Justin’s new single, also came the official music video, which was directed by award-winning filmmaker Mark Romanek (marking the second time the two have worked together). In the futuristic visual, it’s the year 2028, and Justin is an inventor, dressed in a black turtle neck and jeans (very Steve Jobs-ish) who presents his latest creation — a robot that follows his every move — at a conference in Malaysia.

Bruno Mars and Cardi B surprisingly announced that they joined forces for the “Finesse (Remix)” and the Twitterverse went into complete shock. But then, things really got turned up a notch when Mars said that he was going to drop the track’s music video too. One very noticeable trait that the video has is its similarities to hit 1990s sketch comedy show In Living Color. Created by Keenen Ivory Wayans, the popular program is credited for being one of the most — if not, THE most — iconic comedy show of not only the 1990s, but all time.

So, being a huge fan of it, Mars decided to thank Keenen for the countless laughs he had while watching it, via his new “Finesse (Remix)” video. So, iHeartRadio reached out to the comedian and asked him how he felt about the homage the superstar paid to his show. Keenan exclusively told us: “I loved the video and feel honored that the show has found a place amongst a new generation. Thank you Bruno Mars and Cardi B for showing the love.”

Ahead of the February release of Fifty Shades Freed, Liam Payne and Rita Ora have unleashed “For You,” their brand-new collaboration off the soundtrack to the highly-anticipated film, and it hears this pop duo entranced in unexpected love. Released on Friday (January 5), the four-minute track is an uptempo dance ode to surprising love with production from Peter Karlsson, Watt & Ali Payami. In a fitting progression, “For You” begins with Rita leading the way until a whirlwind hook from both of the pop stars. “Been waiting for a lifetime for you/ Been breaking for a lifetime for you/ Wasn’t looking for love ’till I found you,” the duo collectively sing during the second chorus. Sure, the cut isn’t entirely inventive, but it’s cinematic and dance attributes fit perfectly into the current Top 40 landscape. Plus, considering that Ora has yet to experience commercial success in America with her string of singles like “I Will Never Let You Down,” “Radioactive” and the Ed Sheeran-penned “Your Song,” we’re gunning for her to score gold with “For You.”

The release date of Charlie Puth‘s new album Voicenotes may have been pushed back a bit, but the 26-year-old certainly isn’t leaving fans hanging. On Twitter, Charlie revealed that he’s producing Voicenotes himself and doesn’t feel it’s “perfect” yet. But to make it up, he released a new song from the record called “If You Leave Me Now,” and it features Boyz II Men. The R&B a capella track showcases gorgeous harmonies between the legendary R&B group and Charlie. He said on Twitter of the song, “It’s probably one of my favorite songs I’ve ever written.”

BØRNS‘ sophomore album, Blue Madonna, is out in less than two weeks and the alt pop singer is back with yet another taste of the forthcoming set called “God Save Our Young Blood” featuring Lana Del Rey. On the almost-four minute synth-heavy cut, the pair sing about late nights and young love over some dreamy production, courtesy of Tommy English, who also worked on the majority of BØRNS’ debut album, Dopamine. While LDR doesn’t have any solo verses, the soft allure of her voice appears through the track as prominent background vocals. ‘”We met virtually before we met face to face I guess that’s how it is these days. the first time we met we FaceTimed and then I started doing a lot of collaborations with her sister Chuck who’s an amazing photographer,” Børns recalled of beginning of their collaboration. “Chuck shot all the photography for my album and we’ve been collaborating on some video projects and Lana was around and I showed her some stuff on the record. I really had her in mind when I was writing ‘Young Blood’ and I think subliminally I was trying to do background vocals that sounded like her I was trying to do my best Lana impression and she was like ‘I feel like I’m already on this song’ and I was like ‘Yeah that’s kind of what I was going for.'”

Kid Ink isn’t slowing down in 2018 and the rapper let it be known almost immediately following the New Year. The recording artist released a new song called “Tell Somebody.” Produced by Dez Wright, the track is definitely a mood. “First off, know I ain’t the type to go kiss and tell, late thing/And I’m so drunk that if I try it I misspell, late thing,” Ink rap/sings. “And you so drunk that you dance to like everything to come home/We been mixing up these feelings with Hennessy and Patron.” “Tell Somebody” will be featured on Ink’s upcoming album, which is scheduled to be released later on this year. The project has yet to be named.

Trouble Trouble featuring Drake & Mike WiLL Made-IT – “Bring It Back”

After leaking back in early December, Trouble’s “Bring It Back” featuring Drake and Mike WiLL Made-It is officially here. Drizzy doesn’t hop on just anybody’s tracks, so you already know that Atlanta’s own Trouble must be to somebody to watch this year. The fact that famed hip hop producer Mike WiLL Made-It made the beat for “Bring It Back” is further proof of this. On the song, Drake spits: “Yeah, I don’t play no games boy, I’m at your head/All about the family, n**gas took the pledge/Now you gotta own up to that s**t you said/You can’t push us to the edge, Trouble from the edge/Hit the gas and we outta there/Do it for the six because we started there.”

Lil Pump dropped his latest single entitled “Designer” and of course, it’s another smash for the artist. In the beginning of the song, listeners can hear an audio clip of a news report that criticized his “Gucci Gang” video being shot at a Catholic high school. After that, Pump’s lyrics commence. “I got fast cars, bad b**ches and designer clothes/A couple thousand on my wrist and my neck is on froze,” he raps. “Spanish b**ches butt naked and they twerkin’ on the stove/Too much racks in my pocket that my wallet can’t fold.”

We are just a few weeks away from the release of Devin Dawson‘s debut album Dark Horse, and the country singer/songwriter has shared another new song from the record called “Symptoms.” The sultry love song, talking about all the symptoms of love, is another testament to Devin’s unique style, blending R&B with country. On Twitter, Devin said of the song, “I’ve been waiting to unleash this track since the day I wrote it. So stoked to finally have it in the universe! If I had to choose my favorite song on this record this would probably be the one.”

Songstress Mila J is kicking off the New Year on the right musical note. The Cali recording artist surprisingly dropped an EP entitled January 2018 — how fitting! The six-song project is short and sweet. The tracks on it are called “Happy New Year,” Coldest Shoulder in the West,” “Disclaimer,” “4 Pictures Away,” “By a Show of Hands,” and “Missing You.” It’s been a minute since we heard any new music from the amazing vocalist, so we’re happy she blessed us with this! 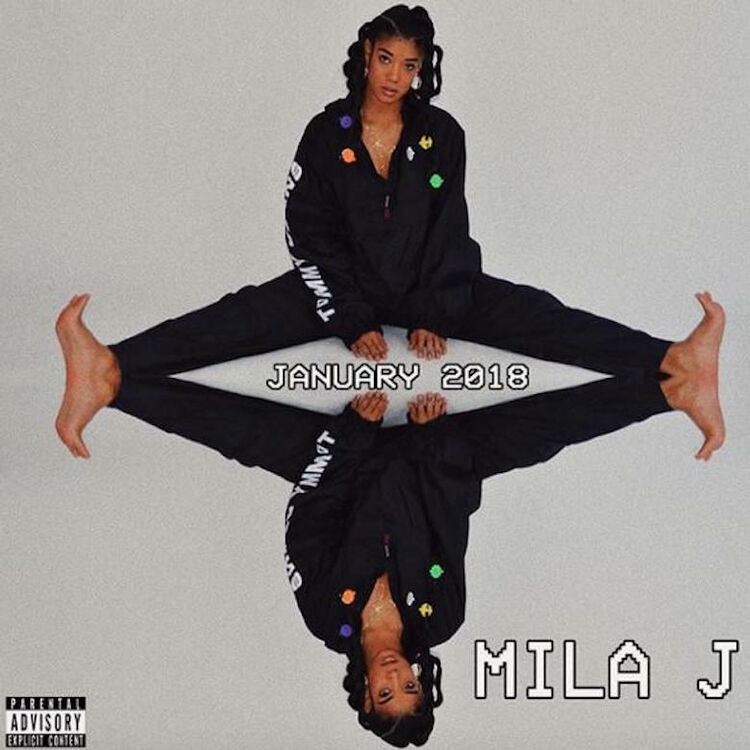