Mitchell Coleman Jr.  grew up the son of a Vietnam Vet spending  much of his early childhood in Cuba, Alabama until his family finally made their home in Bloomfield Connecticut.  It was during his formative years in Bloomington that Mitchell would connect with his first love the electric bass guitar. Mitchell recalls, “Nobody was into basketball or anything like that – everybody played bass. My friend Greg Carrington was THE baddest bass player in town – a beast to bow down to. I begged him to teach me. He and Kevin Weaverbey laid it all out for me. The first song I ever learned was ‘Just the Two of Us’ by Grover Washington, Jr. & Bill Withers with Marcus Miller on bass – then came the calluses and blisters.” 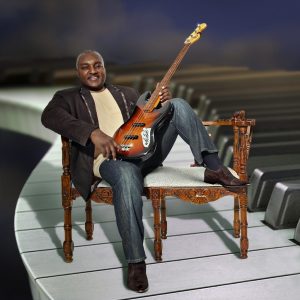 Over the years those blisters and sublime talent would develop influence by the audible tones of bass guitar legends such as Stanley Clarke and Larry Graham. Today with two amazing albums under his belt , Mitchell is set to release “Euphoria” as the first single from his brand new upcoming third album 2017’s Gravity.

“Euphoria“ is an exciting single that really brings the funk.  The song came about according to Mitchell because as he describes in his own words, “People are stressing over politics and events going on all over the world right now. This single uplifts the Spirit encouraging the joy for life.” Mitchell certainly is no stranger to life’s difficulties. He watched feeling helpless as his mother was diagnosed with Breast Cancer. She battled the  disease with courage, faith, conviction, and dignity. Today she is a survivor.  So, Mitchell feels especially blessed and compelled to do whatever he can through his musical gifts to eradicate breast cancer and help others face tomorrow with a positive outlook.

“Euphoria” features Hiroshi Upshur on keys and synth, guitarist Josh Sklair, pianist Michael B. Sutton and backing vocals by Dionyza Sutton. This single is a get down dirty danceable smash with Mitchell thumpin’ at his best! The single “Euphoria”  will release on July 21, 2017 and will be heard across radio stations nationwide. It will be  available on ITunes and throughout other various digital retail outlets

To listen and buy “Euphoria” click on the cover 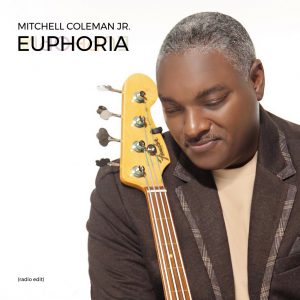 Kris Russell is driven, passionate and charismatic artist with a passion for upbeat, warm and sultry smooth jazz vibes. Her recent single release, “Down In Brazil” is a lush and charismatic single that offers a sunny […]

After receiving public credit for her futuristic vocals on her “Good Vibez” single released back in February, Filipina American singer-songwriter HEIDI TANN is back in a more funky version featuring Bruno Nesci on the “Good […]

Chromeo have released “Juice,” a new song that features the hook “You got the juice / That’s why I keep pressin’ ya.” The track is the first single off their recently announced album Head over Heels. The […]