I loved to sing from the time I was a child. When I reached my teens, a cousin came for a visit and stayed a while with my family. He was a painter and a musician and a bit of a Hippie. He taught me and two of my brothers to play guitar. We all played a little piano. Later I started dating a guitar player and we began to perform in coffee shops, at charity events, the USO and open mics. One night we won a competition at the Cellar Door and were played on the radio. But I also needed to pay bills, so I put myself through film school and only sang intermittently for a while. Film has everything I love in it – music, writing, photography, drama, and technology, so it was and is a very seductive career. But music is healing for me, so all my energy now is in writing and recording my own songs and working with a vocal coach. My first album was released in 2014 and is called The Heart of Things. And in 2017 I released Path to the Sun, Moon and Stars. 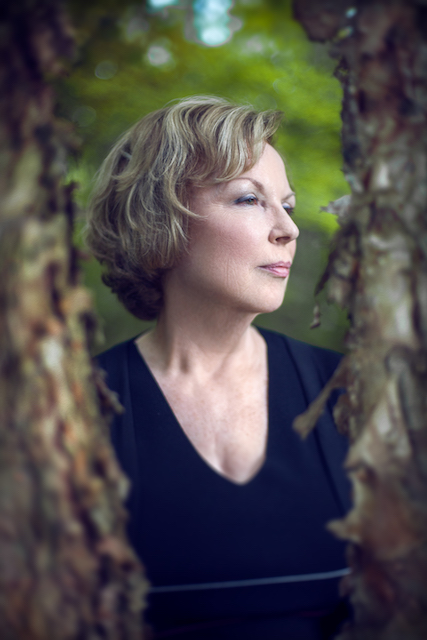 Tell us about your new single? And what’s the story behind it.

“Whatever He Wants” started as a tune in my head that I couldn’t find words for. Sometimes when I write music the melody comes first and tells me what the lyrics are. Sometimes the lyrics come first and tell me what the melody is. I have about twelve melodies right now that need lyrics and vice versa. In this case, each time I played the melody, no lyrics came to me, maybe because in parts, the feeling of it is light-hearted while in other places its more serious. In any event, I was mystified as to what the subject was, but I liked it and thought that if I had a better track it might help me with the lyrics. So, I scheduled an arrangement session with Roger Hooper, of Roger Hooper Music, who is an amazing musician/pianist in our area that has worked with me on my albums.

When Roger and I work together, I usually send him my vocal and piano recording of the song with a chord and lyric sheet to give him a chance to listen before we meet to arrange it. This time, of course, I had no lyrics. As a film director and editor, I sometimes think of things in pieces anyway, so this didn’t bother me. I had written a separate opening for the song too but didn’t have a recording of the whole song yet. Roger and I met and worked a few hours on the arrangement and finally, as I was leaving, he said, “write the lyrics!”

The next morning I woke up at 5am, sat straight up in bed and suddenly the words “Whatever He Wants” came to me, attached to the tune’s refrain. I remember thinking, “oh, so that’s what it’s about!” It was news to me. I then wrote the lyrics to the entire song on my phone, which I often do when I’m not at my computer. There have only been one or two words changed since then. Ultimately the song decides what it’s about – who knows where it comes from!

What makes your music unique? And how would you describe it? (genres/sub-genres)?

I think mymusic is unique because I tend toward minimalism in the arrangements. There is often only a piano accompaniment, with an occasional cello, violin, guitar or clarinet to round out the sound and the song’s interpretation. My vocals are intentionally clear, so you can understand the words. Sometimes the instruments themselves are their own vocals like the violin in The Whispering Wind, or the cello and clarinet in Don’t Let Go. There’s variety in the genres and my voice has a lot of vibrato which you don’t often hear these days. I’m comfortable singing folk, blues, Irish ballads and even an occasional aria or show tune. I’ve written some songs I haven’t released yet that could easily fit in musicals so I’m not quite sure what to do with those yet. We used significant synthesized orchestral instruments for the scores because the genre of these songs demanded more instruments. One song is called “Shall I” and the other “A Flower in Winter,” the story of which is almost mythological, so I hope to find a home for these somewhere. 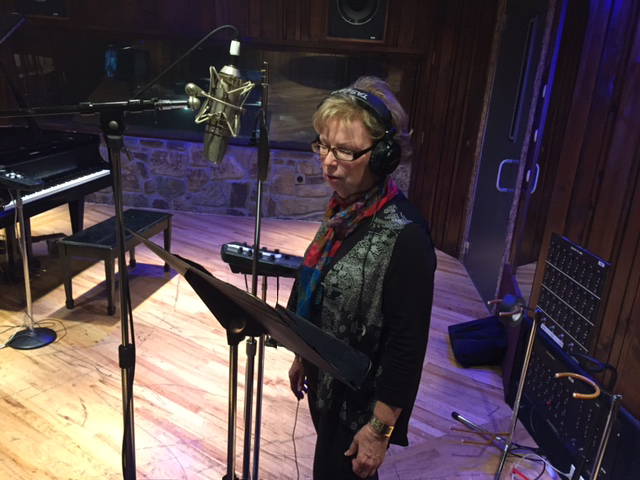 My vocal influences have been Judy Collins, Joni Mitchell, Joan Baez and even Ella Fitzgerald, Nina Simone, Etta James, and Billie Holiday. I like Adele’s music, love the great Celine Dion, and the wonderful virtuosity of Pink Martini, and the brilliant talent of Randy Newman and Bill Joel, I could go on – I love them all for different reasons. I would love to perform with Loreena McKennitt.

I have to say right now I feel like I’m just starting out, so I just treasure the reactions I’m getting when I’m performing – like when one woman jumped up as she and the audience were wildly applauding and shouted “Wow! Wow!!” or when one man said, “you’ve got some pipes there young lady,” or another touched his heart and said my performance was absolutely inspiring to him and that he could hear “Ella” in my voice. And once when the entire audience stood and applauded. That tells me I’ve reached them, that my songs mean something to them personally, and that’s what it’s all about for me. 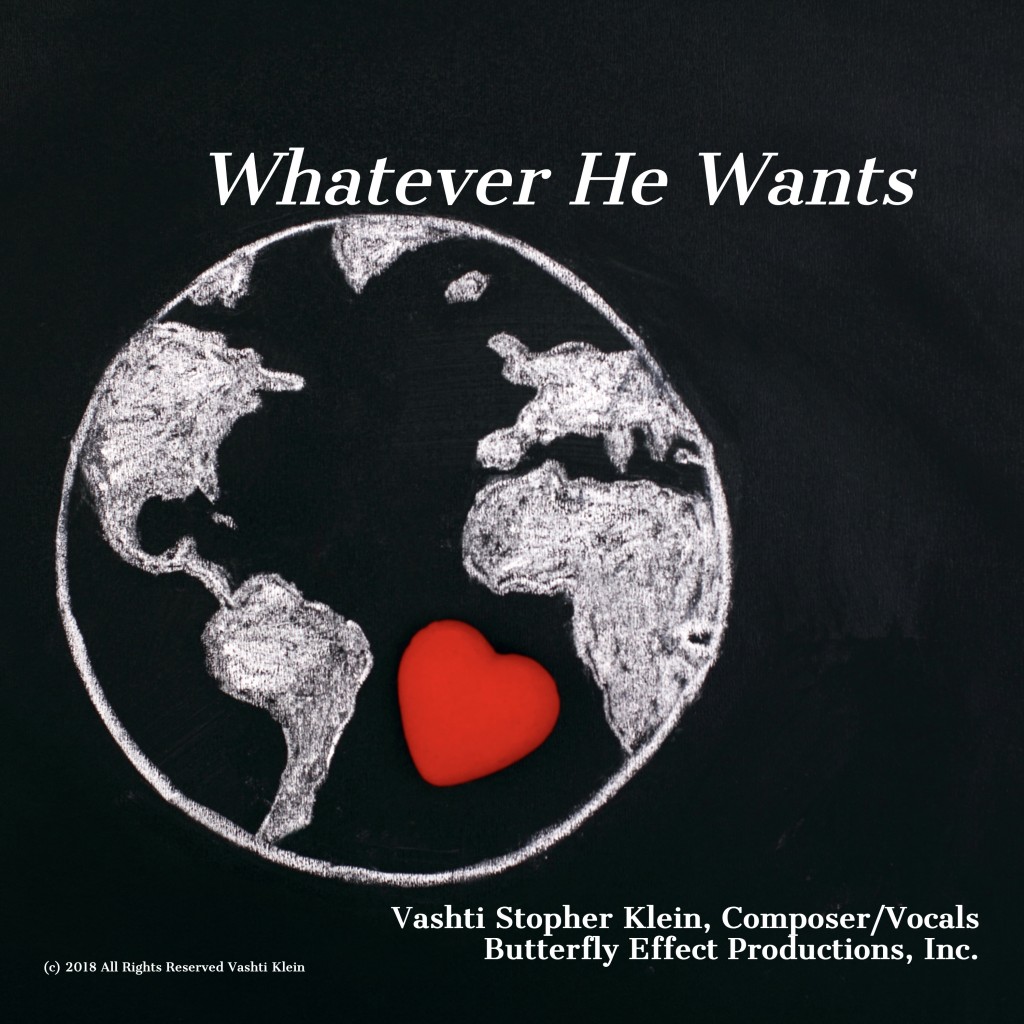 No matter what, make time for your music. It’s the one thing that will always be there for you… so never give up. If it’s your heart and soul, you won’t be able to.

I hope that my music resonates with you in your life, and that my songs or my voice help heal your heart, even for a little while, and bring you peace in some way.

What’s next for you? Any upcoming projects or tours?

I’m finishing a book of poetry and music that’s about to be released in the next month or so. It’s called “The Soprano, the Monster and the Dragonslayer.” A close friend of mine, and a gifted artist, Carol Collett, contributed beautiful artwork to represent each poem and song. Look for it on Book Baby and my website and find out the story behind the title. Once that’s released, I’ll turn back to putting the finishing touches on several songs I’ve written and release them and continue performing. I also have rough cuts of a couple of short films to finish and a play I co-wrote yet to produce but that’s another story…

Kris Russell is driven, passionate and charismatic artist with a passion for upbeat, warm and sultry smooth jazz vibes. Her recent single release, “Down In Brazil” is a lush and charismatic single that offers a sunny […]