Born on December 18, 1980, Christina Aguilera (AKA X-Tina) is one of pop music’s leading ladies in the industry. She went from beginning her career as a “Mouseketeer” to becoming a pop icon and influence for the many hopeful pop stars to come after her. To this day, Aguilera has sold over 17 million records since her 1999 debut album! Originally from Staten Island, New York, Christina started out with singing at talent shows in elementary school. Her mother, Shelly Loraine Fidler, is an experienced violinist and pianist. There’s no doubt that her love for music and natural talent was from the influence and flair of her mother. After moving to Rochester, Pennsylvania, Aguilera attended Rochester Area Elementary School and competed in numerous talent shows. Her huge voice astounded judges and audiences, especially coming from such a young person. Fellow competitors and even parents envied Christina’s talent. The situation got so bad that her mother had to pull her out of school and home-school her.
In 1989, 12-year-old Christina had the pleasure to be on “The All New Mickey Mouse Club.” The cast included, now stars, Justin Timberlake, Britney Spears, Ryan Gosling, and Keri Russell. Being on the show motivated her even more to be a singer in hopes of one day recording her own album. She was on the show for only 2 seasons when her and her mother moved to Japan. Japan is actually where she recorded her famous single “All I Wanna Do” with Japanese pop star Keizo Nakanishi. 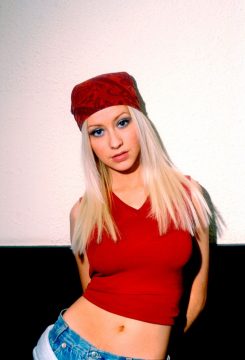 After doing so well on “The All New Mickey Mouse Club,” Disney noticed her talent and gave her a chance to be featured on the soundtrack for an upcoming major movie. “Reflection,” for the Disney movie Mulan, showcased her vocal ability and gave her the opportunity to be seen as a teenage girl rather than just a “Mouseketeer.” The song went on to be nominated for “Best Original Song” at the Golden Globes.
After performing at the Lilith Fair concert festival, Christina finally got signed to RCA Records in 1999. Her singing career hasn’t been the same since! 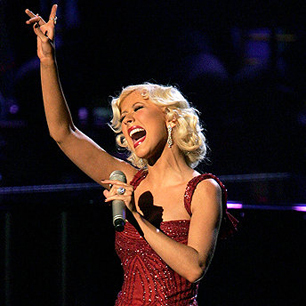 Her debut album, self-titled, was released in 1999. The album included hit singles like “Genie in a Bottle,” “What a Girl Wants,” and “Come on Over Baby.” I don’t know about you, but I know every single song on this album. This album definitely reflected who she is as a person and as a singer. Christina Aguilera sold more than 8 million copies and even won her a Grammy for “Best New Artist” in the year 2000. Christina continues to influence the pop music of today with her legendary debut in the industry. Aguilera has, since then, judged on the singing show “The Voice” and released 6 more albums. She also went back to acting in 2010 when she starred in the movie Burlesque, which told a story about a girl from Iowa whose biggest dream was to sing. Today, Christina is happily engaged and has two beautiful children. Written by Airis Kemp (Instagram: @loveairisstyle)
About Pump It Up Magazine 1872 Articles
Music | Movie | Fashion | Beauty | Fitness | Wellness | Books | Food | Travel & Events | Real Estates | Humanitarian Awareness Magazine based in Los Angeles California Reach for the stars while standing on earth! Pump It Up Magazine is the L.A. colorful, inspiring and vibrant print and online Entertainment, Lifestyle and Awareness magazine founded by Anissa Sutton, showcasing dynamic up-and-coming talent and top tips from around the globe!
Website Facebook Instagram Twitter YouTube

Overcoming Adversity: The Inspiring Story Behind “The Cindy Davis Show” and Its Vision for the Future

Dr.Cindy Davis Evans is a nationally recognized host, producer and entrepreneur. Despite a severe stutter in her youth, Cindy has overcome adversity to become the host and creator of “The Cindy Davis Show,” a popular […]

HOW DO MY SONGS MAKE MONEY?

17 May 2020 Pump It Up Magazine Entertainment, Music Business News 0

ROYALTIES EARNED BY YOUR SONGS When you a write a song, it has the potential to be streamed, downloaded, printed, sampled, pressed, transmitted, re-transmitted, broadcast, re-broadcast and performed live. Basically, your music can be used […]

Source: Mark J. Terrill/AP On June 9, the United Kingdom’s Official Charts Company announced a major milestone for their resident soul singer, Adele: Her sophomore album, 21, is the best-selling U.K. record of the decade so […]