“What’s the point of trying to navigate life if you don’t even get to choose how it ends?” Nika Rosa Danilova asks in relation to her latest track ‘Soak’. Her upcoming album ‘Okovi’ is set to deal with these issues of existentialism and death in an incredibly personal and direct manner, drawing on a difficult time in Nika’s life when people close to her were struggling to cling on to life or losing their battle to keep living.

The album’s lead track ‘Exhumed’ introduced these concepts with its doom-laden, industrial nature, and while on the surface ‘Soak’ appears to be much of the same, it adds another thoughtful, philosophical layer to Zola Jesus’ story. Yes, it’s similarly creeping and absolutely awash in darkness, still hinting that ‘Okovi’ is likely to be Nika’s harshest album to date. Listen to her sing though, and the core point of the track gradually reveals itself.

Unsurprisingly, her vocals are downbeat, as she sings “you should know I would never let you drown” and “take me to the water, let me soak in slaughter”. It’s harsh, unforgiving imagery, but it’s also, somehow, got a positive edge. While the Grim Reaper lingers over the song, he’s stripped of control. The protagonist is choosing when to let go, rather than having that agency stripped of them. They manage to retain even just a small sliver of freedom even in their final moments. As such, Zola Jesus crafts a philosophical meditation on free will, even from the clutches of death. 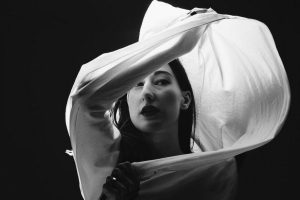