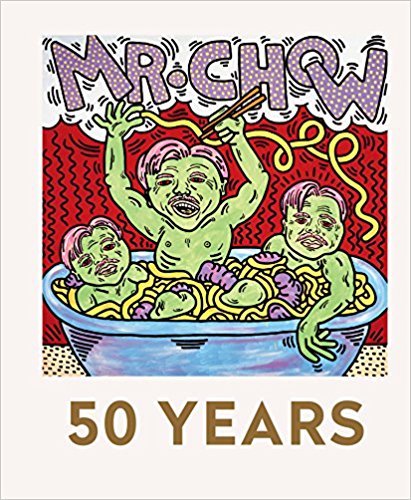 in London, Malibu, New York City, Miami, Las Vegas, Mexico City, and Beverly Hills, Michael Chow has spread Chinese haute cuisine throughout the West, and created a gathering place for stars to mingle, eat, and party. An architect by training, Chow has developed close relationships with many of the giants of contemporary art. Now he invites readers into his empire in this multifaceted book that touches on every aspect of the Chow family name. Photographs of all eleven Mr Chow restaurants capture the uniquely hip and elegant vibe that attracts A-listers worldwide. Renderings of the Chow family by the likes of Keith Haring, Andy Warhol, Julian Schnabel, Helmut Newton, Jean-Michel Basquiat, and Ed Ruscha convey Chow’s status in the artistic community. This volume also features an illustrated history of Mr Chow’s famous Beijing duck and hand-pulled noodles–two of the most popular items on the menu. A glittering tribute to a trendsetting champion of Chinese and American art and culture, Mr Chow: 50 Years celebrates a life and a vision that crosses boundaries to bring people together.

10 Of The Most Common Careers In The Comic Book Industry

Image credit ‍ The comic book industry is a unique one. It requires artistic skill and creativity but has its fair share of business-related roles and responsibilities. Many options are available if you’re interested in […]

Top Tips for Writers: How to Get Your Book Talked About and Increase Visibility

Writing a book is a monumental task, but getting it noticed by readers can be even more challenging. Here are some top tips for writers looking to get their book talked about: Build an online […]