News Ticker
The hottest tech topics of Midem’s 50th edition, in one post!
by STUART DREDGE
Music’s next 50 years were truly kickstarted at Midem 2016. In coming weeks, a series of six thematic posts will explain just how that happened. First up is Technology, or how the digital revolution is driving music forward. Enjoy!
Midem has long been a show where music and technology meet, and 2016 was no exception.Pandora executives in particular were out in force, talking up the company’s plans for expansion both globally, and into on-demand music alongside its current personal-radio service.

“We stream more hours of music a month than YouTube streams hours of video,” said CEOTim Westergren in his keynote, before explaining how Pandora is approaching its global expansion. “We’ve taken the entire globe and rank-ordered every country based on dozens and dozens of factors on where we’d go next. You can probably guess the next ten, but we’d like this to be everywhere,” he said.

Pandora may have had unharmonious relationships with some musicians and rightsholders in the past, but the company’s key message at Midem was its desire to be a friend to the industry now.

“My purpose in building Pandora was very purposefully to make a difference for working musicians,” said Westergren. “It is core to us. It matters in this world. Who does the industry want to partner with? Aligning with a company that is about music is a good thing, and I think we will find alignment.”

“What drives me crazy is there is a substantial part of the digital music world that is educating listeners to believe that they can get music for free, and for free on demand. And it takes the form of unlimited free, perpetually free trials, and poorly monetised services,” he said.

“It’s not good in the revenue it doesn’t generate, but it also creates bad habits… The industry really needs to get its hands on that quickly, before it’ll be harder to bring it back in.”

The YouTube debate bubbled below the surface at Midem, even if it was rarely discussed at length on-stage. “We love YouTube; we just need to get the remuneration in line with the activity,”said The Orchard’s Scott Cohen (centre below) in a panel session about music companies’ online video strategies.

“YouTube is an amazing platform but there’s a massive transparency issue when it comes to where the money flows,” said Communion Music’s Claire Mas, in Midem’s closing wrap panel. “There’s a billion people using YouTube but we have no idea where the money goes. We need trust and clarity.”

It was clear from Midem that the industry is getting to grips with the world of online-video beyond YouTube, too. A session on live-streaming – from Periscope and YouNow to Facebook Live andTwitch – drew a big crowd.

“I think music is going to be a big part of live-streaming going forward,” said Reed Smith’s Gregor Pryor, before consultant Karen Allen explained that live-streaming’s most important aspect is its interactivity. “This isn’t just about streaming video live on the internet, it’s about the two-way aspects with an audience chatting to the host and to one another,” she said.

Labels are understanding the potential of this for their artists, and that it’s not just about traditional music videos. “Artist-led content is the goldmine – that’s what you’re aiming for,” said The Orchard’s Dan Griffiths. “Video has gone from just a marketing tool to a communication tool,” agreed Kobalt’s Patrick Ross.

One of the most popular panels at Midem focused on blockchain technology, and what it can bring to the music industry – from a decentralised database of music rights to “smart contracts” giving artists more control over how their music is used AND monetised.

“We’re going to have much more real-time and truthful transactions… There’s a lot of black boxes in the world of music, a lot of siloed databases that are in different states of disrepair,” said Downtown Music Publishing’s Joe Conyers III.

“It’s not just about money, it’s about curating that data that comes back from the users”,added musician Imogen Heap, who called for more experiments with the blockchain to prove its value to sceptics within the music industry.

“It might be small, it might be a few hundred people, but begin that pilot. Then we can go ‘look, PROs. Look labels. This isn’t something to be frightened of, it’s something to be excited about,” she said. “We can see the music industry flourish, rather than feeling like it’s just grinding to a halt.”

The panel struck a determinedly optimistic tone, though, with Ethereum’s Vinay Gupta predicting some “solid prototypes” by the end of 2016. “In general, the time has come to be early adopters,” he said. “Music historically has been quite slow to transition from technology to technology. It may be time to lean in a little harder.”

Music/tech startups had a high-profile presence at Midem through the Midemlab contest, with its 20 finalists split between three pitch sessions during the show. A contest that has previously been the springboard for companies including SoundCloud, Kickstarter, Songkick and The Echo Nest saw three winners this year who’ll be hoping to follow in their footsteps.

Mimi Hearing won the music discovery, recommendation and creation category, with its app that analyses people’s “hearing profiles” then tweaks their music accordingly so they get the best sound quality possible. Stagelink triumphed in the marketing, social engagement and monetisation category with its service that helps artists plan tours by asking fans where they’d like to see them play, and how much they’d pay for a ticket.

The hardware and internet of things category, meanwhile, was won by Mind Music Labs with its attention-grabbing SENSUS smart guitar, which can stream songs for people to play along with, among other features. The company also won the Midemlab audience vote, and as such was honoured at the inaugural International Midem Awards (CEO Michele Benincaso is pictured above). All three startups will now be able to brandish their Midemlab prizes in meetings with potential investors and industry partners.

On top of Midemlab, the presence in Cannes of startup accelerators like Abbey Road Red andMarathon Labs, among others, showed there are new partnerships being forged in 2016 between startups and the music industry. On a panel discussing bow startups and the music industry can work better together, Sony Music’s Mark Piibe said the key for success is for startups to “understand the market dynamics and go in with a credible story about how you’re going to add value or solve something that needs to be solved.”

Piibe talked about Sony Music’s plans to run an innovation program for virtual-reality startups, and suggested that profitability is not a pipedream for music/tech startups. “I don’t think you can conclude that music distribution companies in the digital space are never going to make money,” he said. “These companies make choices in how they manage their P&L. Their priority may be expansion rather than profitability.”

A running theme in Midem’s tech sessions was the role that big data plays in the modern music industry: from marketing artists to identifying new talent.

“A couple of years ago it was going to solve all our challenges and all our problems. We’re through that peak, and it’s achieved a level of maturity,” said Daniel Hall, senior director, insight at Sony Music International.

“The weight of expectation is off its back, and it’s about making things incrementally better. It’s not that it’s necessarily going to solve everything… data’s gone from being a tool that we use to being almost a utility that underpins everything that we do… it’s a utility that can help us in our decision-making.”

Big data was also a factor in Alibaba Music chairman Gao Xiaosong’s keynote, in which he pitched the merits of his company’s new Alibaba Planet app, which connects artists with fans. “We promote stars because we have big data: we know where are your fans are. We know everybody in China,” he said.

“We have everything. So we are more like a big agency, and we share big data to our clients. They open their own flagship stores on Alibaba Planet and we serve them to find their fans.”

Another key tech theme at Midem this year was of streaming services as the industry’s big new marketing platform: places to build awareness and even to sell gig tickets on top of making money from streams.

“I just want to see more tools for us as marketers to engage superfans in our ecosystem,”said Absolute Label Services’ Adam Cardew in the closing Wrap panel (below). “Spotify should let you email the top 5-10% of your audience. We need positive reinforcements to thank super fans,” added Mas.

While marketers clamour for more tools, they are getting to grips with an environment where curated playlists – usually those managed in-house at services like Spotify and Apple Music – have growing power to break bands and tracks.

“The role of curated playlists has accelerated just in the last three months. People are having to work out on the fly how they respond to the changes to cash-flow, to breaking discovering artists,“ said Midia Research’s Mark Mulligan in his keynote presentation.

There were calls from some quarters for companies like Spotify to give more promotion to external playlisters, however. “There definitely needs to be spaces for other voices on that platform,” said Slice Music’s Justin Barker (top photo). “With the best will in the world, there’s a limit to what Spotify and other platforms’ editorial teams can do.”

On the same playlists panel, Entertainment Intelligence’s Sammy Andrews said that independent labels will soon have their own playlists brand to compete with those of the majors.

“I’m not concerned that we’re last to the table. When we come out of the doors with an independent playlist brand, it will be an incredible playlist brand,” she said. “Just watch this space.” A sentence that could be applied to pretty much all the music/tech trends at Midem 2016.

Alongside Midemlab, a special initiative called #FrenchPitch was organised for the best French music startups, brought to Cannes by Cap Digital, under the #FrenchTech banner. A total of 16 startups got the chance to pitch their projects and ideas in front of potential investors. Music streaming platform Blitzr, a Midemlab alumni, was this year’s #FrenchPitch winner. Bravo! 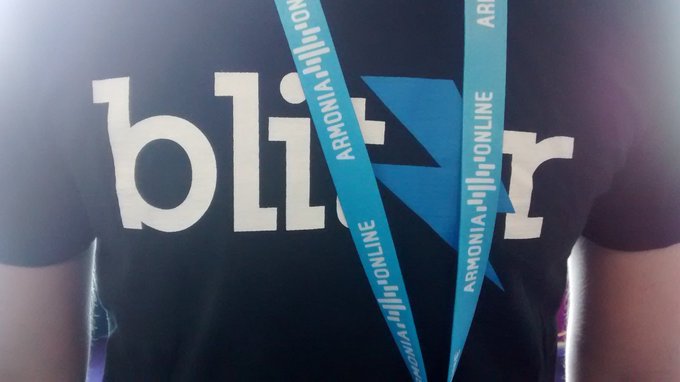 These and more startups got the chance to stand up in front of Midem-goers at the brand-new Pitching Zone (sponsored by OVH Digital Launchpad and pictured below), which also saw France’s Irma present its latest study on startups of the music industry (document in French). What are these startups’ business models, and how do they monetise their services? Find out in this exclusive white paper!

Stuart Dredge is a freelance journalist, and a regular contributor to Music Ally, The Guardian and more… including midemblog 🙂