Three years ago,if you asked the young people in the streets of China, “what is EDM?” There may be only one person who can answer the correct answer in 100 people. And now, if you ask the same question ， at least 15 people will say, “oh, I know EDM.”

Why EDM is attracting increasing attention by so many young people in China ? Because now the Chinese young people can feel the EDM everywhere . All kinds of Internet platform, radio stations, nightclubs, varieties of popular music festivals China, even the most popular television program (the television production company produced the most popular music TV show “Voice Of China”) launched a special television program about EDM called “The Remix” in June this year .It seems like EDM has spread throughout China over one night.

Indeed, this huge market almost choked. China’s 18-35 year old population of up to nearly 300 million, and almost all of the United States a considerable number of the population. Moreover, the rapid development of China’s economy is obvious to all, EDM seems to find the best future in this ancient land.

Over the past two years, David Guetta , Tiesto, Steve Aoki, Avicii , Yellow Claw , Skrillex,Zedd,Diplo,Deadmau5, Skrillex, Zedd,  These famous DJs all came to China to perform. In 2013, Storm Music Festival launched in Shanghai , this is China’s first large-scale electric festival. And then, all kinds of electronic music festivals emerge in this country. Now, every day, thousands of nightclubs in this country are playing EDM at every moment . Young people can go music festival and nightclubs to feel EDM whenever and wherever possible , can watch television EDM program,can listen and talk the topic of EDM topics through a variety of network . In short, every topic about EDM now is the most popular topic. Last year, the chairman of electronic music hall of fame Andy Ruffell also came to China opened a new company, ready to make a big fight. He said he wants to bring more EDM resources into China.

Is EDM in China really so hot?

Is EDM the real boom in China, or is it an illusion?

In fact, to answer this question, China local DJs have much say in this matter. Because they stand in the forefront of the music position, not only playing it, but also feel it. They have the most experience.

This time we interviewed several Chinese famous local DJs and see what they are saying.

1)When did China’s first EDM rise? What are the main promotion channels of in China?

DJ Breaker: in 2011 I knew the concept of EDM, and some meida said it was in 2010,becuase at that time EDM’s concept was defined in the United States , and slowly we called this kind of simple and directly crude, very model and good dancing electronic music is EDM. In fact, for the ordinary person EDM is a music make you excited , not only speed is fast enough. The perspective of promotion, the main channel is the internet, nightclubs and music festival are only the second level .

Lucky Zhang: the rise of global EDM time was synchronization, since 2004 domestic and foreign music resources synchronization. Beatport has brought us a lot of convenience. Only the word “EDM” is well known by Chinese pople in recent years. Network, radio, nightclubs, music festival, TV programs are the main promotion channel.

DJ Yutise: The popularity of EDM in China should be in 2013 or 2014, before EDM more hiphop. The main channel of promotion are clubs and music festivals.

2）what is the difference between DJ and the previous DJ playing EDM?

DJ Breaker: In fact, with regard to the technology, almost no essential difference, mixing just like driving.

Lucky Zhang: DJ now need to quickly grasp the scene, to quickly enter the Rave status. previous DJ will have a lot of music emotion on the basis, pay attention to mixing skills.

DJ Stone: when a song will be finished,the previous DJ will use long time Remix to connect next song. Now we have the best equipment and the most abundant music resources. In this digital era DJ only needs an USB just can play an unlimited imagination, you have more time focus on the computer to arrange the content before the concert.

Calvin Z DJ (Zhu Gang): there is not much difference. In the past some clubs in order to please the guests, so songs have a lot of empty beat can not be played. Now a lot of DJ like to stick to their own style, do not want to pleased the guests.
DJ Yutise : The method of playing is basically the same as before , but now we have a lot of tools to choose from: USB, computer, CD and Vinyl.

3)EDM will continue to be popular or like other music genre only can be popular for a while?

DJ Breaker: It will keep evolving. and the definition will be the same but the style is flexible, such as recently there is Big Room style classification from Beatport classification.
Lucky Zhang:Should always be popular.Because EDM is not a music style,it is only a word that DJs like to play their favorite music to people who don’t know music style.

DJStone: Dupstep,Electro,Progressive,Trap,Chill,house,Big Room,Drumstep,
Drum&Bass….so many types of electric sound, there is always one will go down. Even if there is no, there will be a new style update EDM.

Calvin Z DJ (Zhu Gang): Each kind of music has its own vitality. To be eliminated or to be changed. EDM is also evolved, so its vitality depends on how to change .

4) If China’s EDM is really popular, Chinese local DJ is a very important factor. So what is the key element of China’s DJ to achieve success?

DJ Breaker: Now the existence of the local DJ is mostly rely on self promotion, still no good content, no direction, mode and reference.In short,we lack DJ Star. The definition of success is different, but depand on their own quality and opportunities. From a macro perspective, t I personally think the key element is the survival of the environment and the extent of the people.
Lucky Zhang: A,Improve the quality of performance (control field capacity) B, Improve the understanding of electronic music C,Need high stage experience. D, Improve the level of their original electronic music production F,Good promotion
DJ Stone: Make good EDM song,let all Chinese people understand it and love it.Don’t always play foreign EDM in night clubss or radio stations.

Calvin Z DJ (Zhua Gang): the lack of opportunities. After all, EDM is foreign culture, so it is very important to cultivate.

DJ Yutise : China needs more EDM producers. I hope some schools can have this course of EDM. If the government can push some official award ceremony for it, then EDM will really pop up in China. 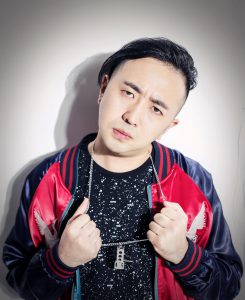 Breaker: 2005,the runner up of DMC China,2009-2010 Champion of Pionner DJ competition.Hundreds of tour shows in China in recent 10 year. 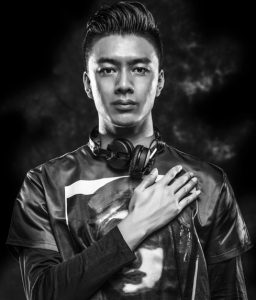 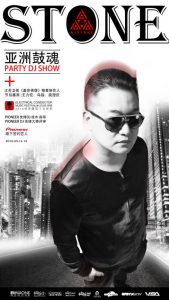 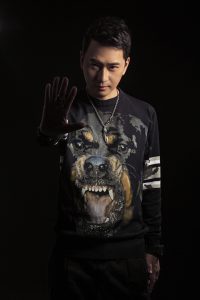 Calvin Z DJ (Zhua Gang): His Success was a great contribution to development of Progressive Dance Music in China.2005 released his remix album Puzzle of Myth, Shanghai mystery rhyme. It’s the first personal remix music album launch by DJ in China. It made him to be a Chinese local DJ star. Cooperated with internationally renowned DJs: Armin van Buuren, Skrillex, Above & Beyond, Steve Aok, Calvin Harris, ZEDD, Madeon, Afrojack, Paul Oakenfold, Sasha at music festival or in the night club. 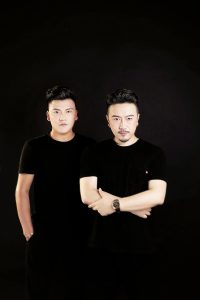