First it was Sinead O’Connor who had a dig at Kim Kardashian and now EDM producer Diplo has joined in by blaming the reality star for the poor performance of Madonna’s Rebel Heart album.

The ultra-hip DJ, 36, told Rolling Stone that Madonna ‘created the world we live in.’

‘She sold out her tour in minutes, but no one seems to want her to succeed — “Madonna, we’ve been there, done that, now we’re about Kim Kardashian.”‘

Scroll down for video 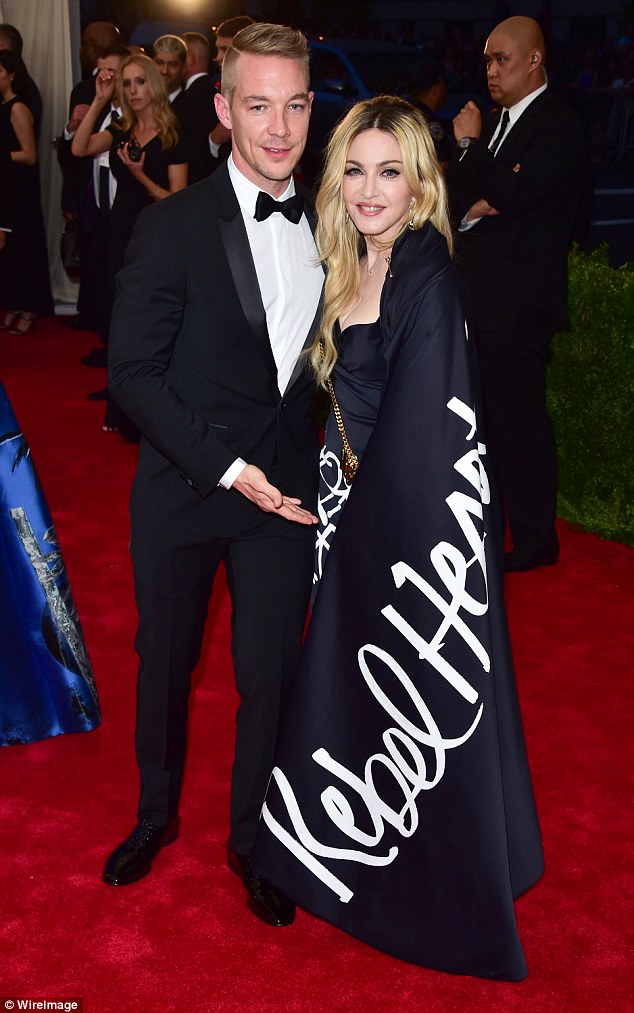 ‘She created the world we live in’: Diplo told Rolling Stone that Madonna’s Rebel Heart album failed to perform because ‘no one seems to want her to succeed’

Diplo opens up about about celebrity feuds in issue of GQ 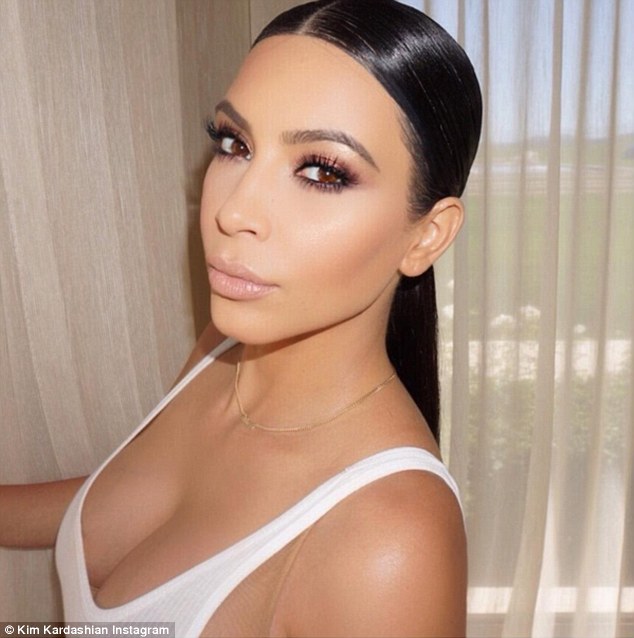 Target: The EDM DJ and producer said Madonna, 56, has been edged out by the Kim Kardashian phenomenon

Diplo worked with Madonna, 56, on her 13th album but it failed to sell as well as her previous releases.

He said it wasn’t because the songs weren’t good.

‘Her song Ghosttown was a guaranteed Number One for anybody else, but she didn’t get a fair shot,’ Diplo said.

‘With B**** I’m Madonna, everyone said there’s no way it will go anywhere, but I’m like, “Screw it, it represents you more than anything.”‘

Diplo went on: ‘It already sucks to be a woman in the music industry, but to be a boss woman is even harder.’ 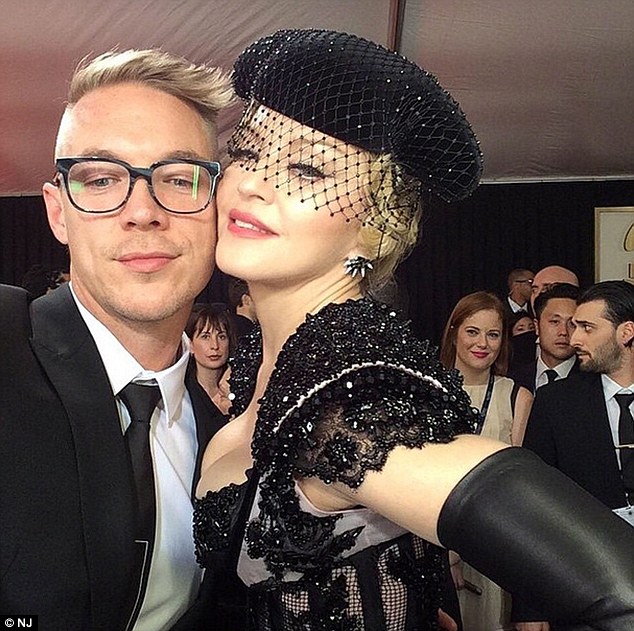 Defending Madge: Diplo, 36, said the Rebel Heart songs were good but the Like A Virgin star ‘didn’t get a fair shot’

The mega producer also had a dig at Kim Kardashian’s hubby Kanye West.

He said he learned from the rapper that the way to get free publicity is to spark a feud on social media.

‘If I have a fight with somebody, it makes me look like a prick, but it makes the social media numbers explode,’ he said.

‘It’s the Kanye West theory: In 2015, become a prick and just get more popular. I don’t want to be thought of like that, but also I just don’t really care. I’m doing jokes and people take it seriously, like that’s the person I am.’ 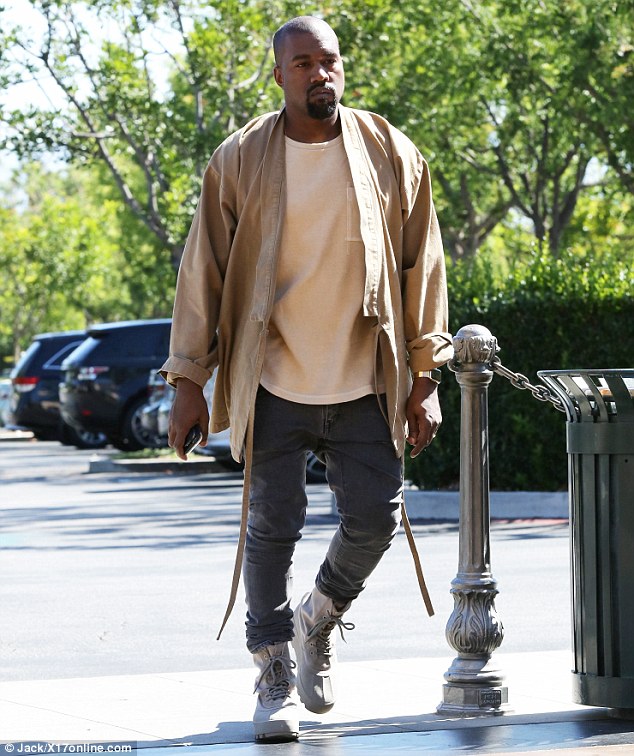 Not a fan: Diplo told Rolling Stone that 2015 is the year of the ‘Kanye West theory’ on social media: ‘Become a prick and just get more popular’ 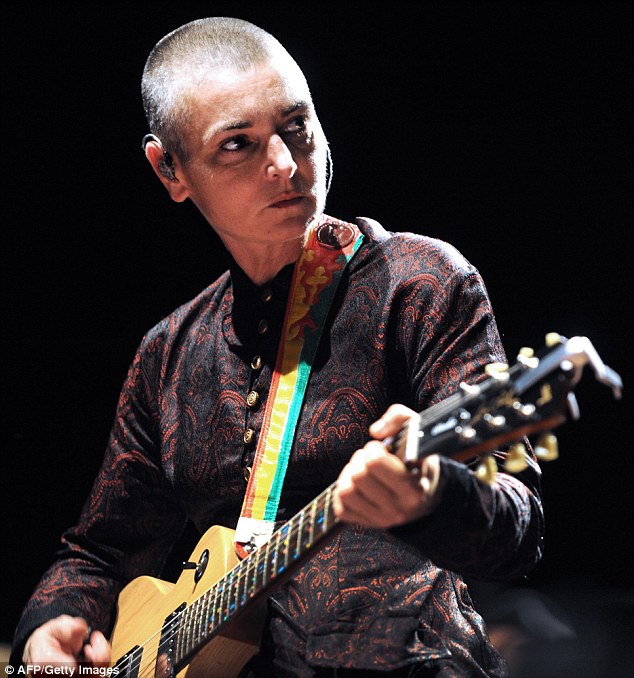 Outraged: Irish singer Sinead O’Connor lashed out this week at Rolling Stone for putting Kim Kardashian on its cover, saying the magazine had ‘murdered’ music by doing it

On Tuesday, Irish recording artist Sinead O’Connor targeted Kim after she appeared in a cleavage baring on pose on the cover of Rolling Stone.

The Nothing Compares 2 U singer questioned what the reality star had to do with music.

Posting a shot of the July 16-30 issue on her Facebook page, Sinead wrote: ‘What is this c**t doing on the cover of Rolling Stone?’

‘Music has officially died. Who knew it would be Rolling Stone that murdered it? Simon Cowell and Louis Walsh can no longer be expected to take all the blame. Bob Dylan must be f**king horrified.’

The 48-year-old then asks her fans to boycott the magazine, signing off with the hashtag: ‘‪#‎BoycottRollingStone‬.’ 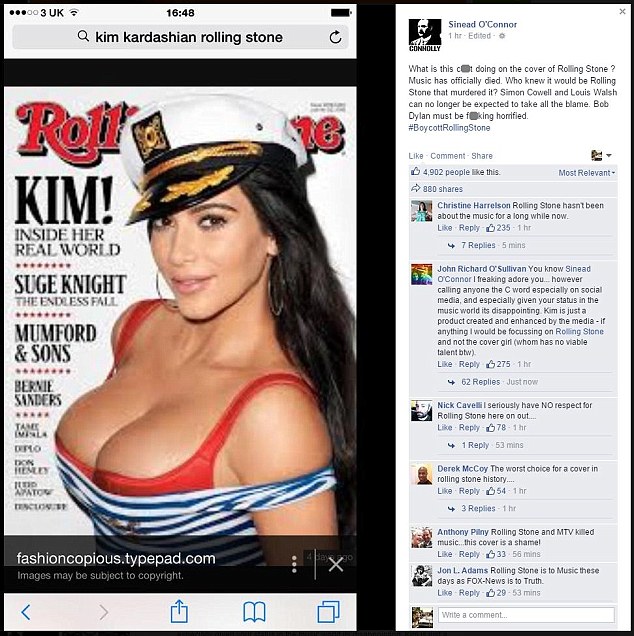