Peter Andre, Alexander O’Neil, Heather Small, Newton Faulkner, Lee Ryan and Natasha Hamilton are just a few of the stars that have collaborated with non-profit organisation, Homeless Worldwide and legendary record producer Pete Kirtley to record a cover version of the Hollies’ timeless classic ‘He Ain’t Heavy, He’s My Brother’.

Proceeds of the single, which is released on Friday, will go to a number of small veteran and homelessness outreach charities in London and the UK, as well as The Salvation Army and Shelter.

Homeless Worldwide was founded by Jenny Roberts who decided to put together a single in memory of her brother Darren, who himself struggled with homelessness. The single is dedicated to him and the many people who have been affected by homelessness and those who are still struggling today.

Jenny said: “I put this single together for two reasons; it’s a song my brother sang to me as I grew up, as music was his number one passion throughout his life, and whenever I saw him before he passed he’d be singing at the top of his voice to everyone who passed by and I wanted to dedicate this song to him and all the homeless who’ve died on your streets and who are still fighting homelessness. I want people to take a stand and unite together to help eradicate this as much as we can. I just can’t stand seeing people freezing in shop doorways being ignored, I feel the song is poignant ‘He Ain’t Heavy, He’s My Brother’ and ‘No burden is he to bear’.”

Jenny wanted The Salvation Army to benefit from the proceeds, not only because of its frontline work with people who are homeless across the UK, but because she has grown up always knowing The Salvation Army supports vulnerable people after her uncle told her of his own experience with the church and charity a number of years ago; his home in Durham was destroyed in the war and The Salvation Army was there to support him through it.

Jenny added: “For me it was a mammoth task in pulling in as many showbiz friends as I could to help create a track that I hope will spread a positive message that will help a lot of unfortunate people.” 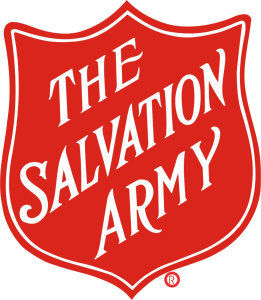 The single is officially released on Friday 15 February with all proceeds going directly to Homeless Worldwide’s causes.