News Ticker
A3 is an international dance music artist who has had 7 top singles on the UK charts including “November Rain” “Come with Me”, “Before the Snow” and “Dance till Dawn”. His tracks have been remixed by many of the world’s most recognizable DJ’s including Nervo, Paul Oakenfold, Durrant and More, Moto Blanco, Sabastian Pérez,Poet Name Life and Westfunk. A3 is known for delivering uplifting tracks focused on celebrating life and love, which resonates with people on a passionate level across Continents. Born in Asia and raised in NYC, A3 lives now between Paris and the UK, thriving on cosmopolitan influences for the music he creates. His deep belief in unity is evident in his infectiously positive beats, which have topped dance charts in Europe.Known for his energetic live shows, A3 has performed at arenas, opened up in Baku for Will.I.am, Nicole Sherzinger, performed at MSG for the Pinoy Relief Benefit Concert, and played at the Barrio Fiesta in London as well as supporting Beverly Knight and Emelie Sande to name a few. Well-received by media as well as fans, his singles have aired on Capitol FM, Kiss FM, Gaydio and NRJ. Voted No. 8 as one of the best new artists by Music Week, entered the  Dance Chart Top 10 a number of times, A3 continues to make moves with his new EP “Awakening” and latest single “Burning Away” 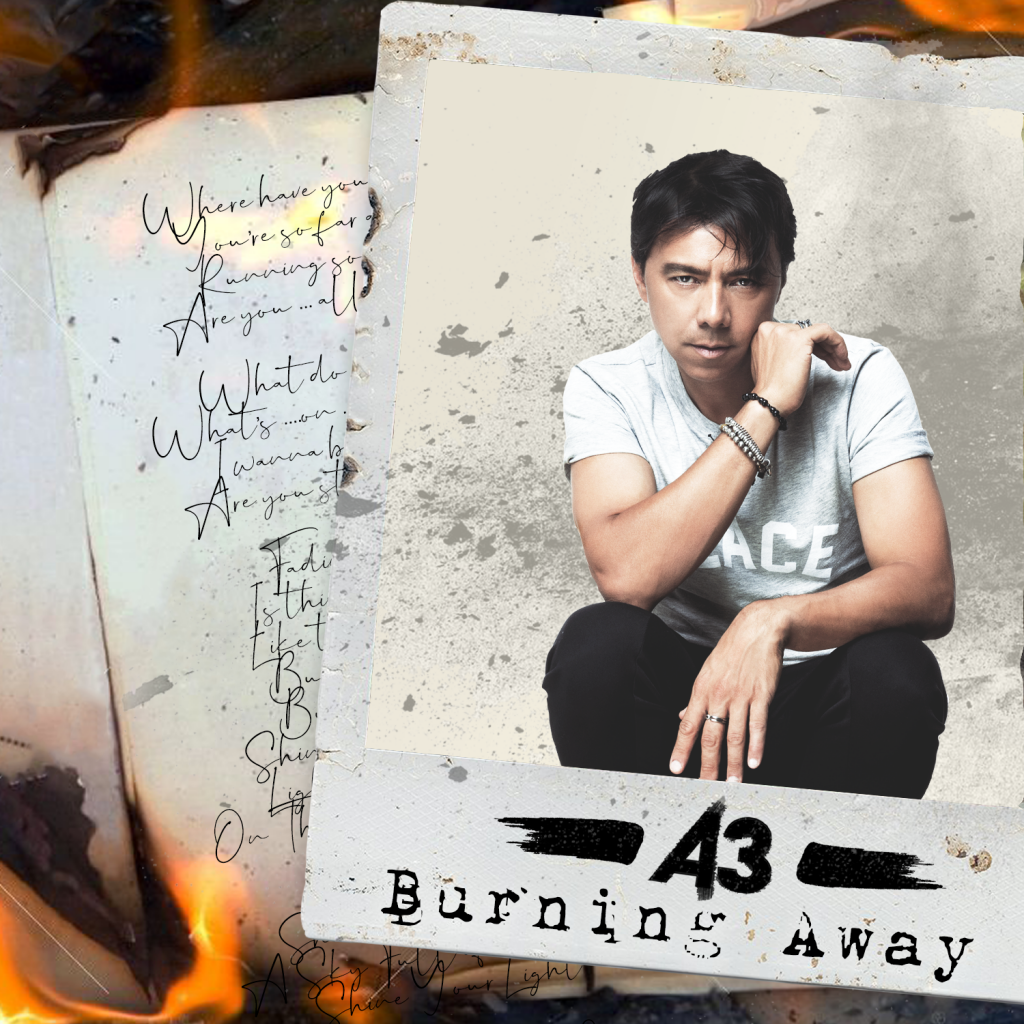 1. Growing up, how important was music to you?

Music was a major part of my childhood. I was always singing and performing in talent shows, I knew from a young age I wanted to make music and it was a part of me, it was a real passion growing up. It was something that was always natural from an early age and something I connected to.

I carry the name of my father and his father (my grandfather) so am the “third”. My first and last initials start with “A”. Friends would call me A3 and so it sort of just stuck.

3. Let’s talk about your new single “Burning Away” What was the inspiration for this song?

How do you think it compares to anything else that you have put out?

I was moved by Bradley Cooper’s performance in the film ” American Sniper” and of how the recent wars in the Middle East has tough repercussions on the men and women who were sent there. One evening I just wrote Burning Away which was about lost innocence. My earlier songs were more inspirational / uplifting whereas Burning Away has part social commentary.

4. Since the beginning of music, people have turned to it for support and as an escape from their realities. How do you want your music received and appreciated?

Running through my music is a spirit of hope, renewal, and being the best you can be. It’s not so naive as I have had ups and downs like everyone else. Moreover, I know today it’s not the way the world is moving, but as society, we have tilted back and forth. I hope it can help some through tough times and help others to not act out of fear but out of respect. I want people to enjoy the music and connect with it, find joy and meaning in the lyrics, melody and music.

5. If you were going to be stranded on a deserted island forever, what musical item would you take with you and why?

A piano or an acoustic guitar. They are timeless.

6. Anything you would like your readers to know about your future projects?

I am working on a mini album right now, I feel it’s my best work and song writing to date. Ive taken taken the dance and more lounge sounds which have become known for, and converging it into a more organic pop/rock finished project. I have just shot the first video for the first track and cant wait to share it with people. The album is called “Awakening” It was produced by Grammy nominated “John Alagia” who has produced the likes of John Mayer, Jason Mraz, im really proud of this new direction.