Everybody hopes to be famous — or if not famous, at least capable of living like those in the limelight. Some strive for big/small screen adulation, while others take to the page or the stage for their success. Then there are those who pick up a guitar, or sit behind a keyboard, and explain themselves in chords and melodies, lyrics and phrases. For them, music is the only muse, and they will do anything to express it to an audience. With that in mind, and leaving some incredible documentaries out of the process for now, we look at the 10 best films about music and/or the music industry ever made. From real events to fictionalized illustrations, these movies make it very clear that, for almost everyone, the sacrifice for such celebrity ends up being too much. Sure, there’s fun. But there’s fear and fury as well. 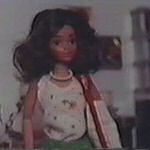 Showcasing the rise and sad fall of one of pop music’s most soulful voices, director Todd Haynes decided that the best way to deal with Ms. Carpenter’s personal demons was to illustrate her story — with Barbie dolls. No humans. Just toys modified to fit the filmmaker’s needs. Long banned because of a copyright infringement suit filed by brother Richard Carpenter, it’s still “available” online, and offers a touching and often supportive look at the siblings, as well as Karen’s alarming battle with anorexia. 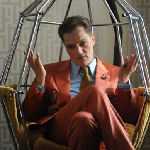 Sure, Dakota Fanning makes an excellent Cherie Currie and Kristen Stewart proves her acting mettle as rocker girl Joan Jett, but there is only one reason to see this fictionalized take on the founding of one of the first all female rock groups: Michael Shannon. As the flamboyantly sleazy manager of the band, Kim Fowley, the actor personifies the attitude and approach of ’70s music promotion. He’s all sex, drugs, inappropriate advances, warped world wisdom, bluster, and a whole lots of AM radio-friendly fire and brimstone. 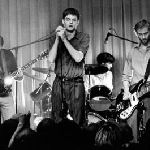 Just as they were hitting their stride, just as their post-punk detour into electronic melancholy was making them a household name, Joy Division lead singer Ian Curtis took his own life. While he suffered from epilepsy and depression, some say the strain of being famous was just too much for the fragile man to take. In this remarkable film by Anton Corbijn, we learn about Curtis’ concerns. We also learn that, sometimes, people die by their own hands for reasons we’ll never fully understand. 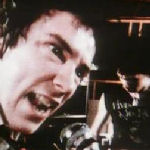 Call this the “anti-Hard Day’s Night.” Angry that their manager, Malcolm McLaren, was taking all the credit for their success, the members of Britain’s notorious punk outfit, The Sex Pistols, turned this attempted cinematic tie-in into a bitter, often baffling swansong. With their former string-puller dressed in a disturbing bondage outfit and the band themselves assaying characters hoping to uncover “the truth,” we have the very definition of a what McLaren used to call drugged-out bassist Sid Vicious — a fabulous disaster. 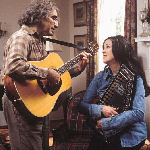 One of two appearances by Christopher Guest on this list, and with good reason. Not only does this improv artist completely understand comedy and satire, but he knows the businesses in which his humor is functioning. In this case, a famous fictional figure from the folk music scene of the late ’50s and early ’60s is celebrated, and a bunch of acts come together to play and reminisce. The laughs don’t come from jokes. Instead, they arrive from the truth Guest is telling. 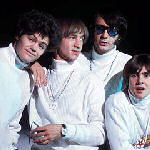 By this point in their career, The Monkees were fed up with being the “pre-Fab Four.” Hoping to destroy their wholesome, clean-cut image once and for all, they teamed up with Jack Nicholson (yes, THAT Jack Nicholson) and TV series director Bob Rafelson to create a condemnation of everything their rise to the top stood for. From the TV show to the hits they “created,” the guys turned their well-honed persona on its pointed little head. Often baffling, it’s also a brazen cinematic statement. 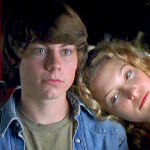 In this autobiographical love letter to the rise in slick ’70s arena rock, Cameron Crowe uses his own experiences as a teen reporter for Rolling Stone to highlight how music typically mirrors our own coming of age. Through the interaction of our main character and his wide eyed Pilgrim’s Progress among the ups and downs of a touring band, we see the sacrifices one endures to play rock ‘n’ roll, as well as the undeniable perks. In the end, it’s as fleeting as fame. 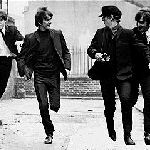 While it may have smoothed over some of the rougher bits about being the most popular band in the world (read: the ladies, and the “recreational pharmaceuticals”), this hilarious look at a day in the life of The Beatles remains a terrific time capsule of the group’s phenomenal appeal. The last act concert can barely be heard over the insane screams of the audience. No artist since has seen such a stampede towards superstardom as the lads from Liverpool, as this madcap movie proves. 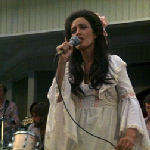 As he did with so many of his movies, the late, great Robert Altman took the fickle facets of the classic country music industry and turned them into a way of addressing issues personal, professional, and political. As singers and songwriters strive to find their place among the playlists of local disc jockeys, the individuals making the music come into sharper and sharper focus. By the end, when violence comes to the fore, the various plot threads meld to form a true masterpiece. 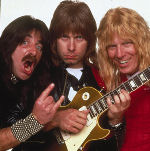 Heavy metal has never been more hilarious than it is in this wonderful ad-libbed “mock documentary,” once again featuring Christopher Guest (along with cohorts Harry Shearer and Michael McKean). In fact, this film is often cited by famous musicians as being dangerously close to mimicking their mayhem in real life. Telling the story of England’s “loudest band,” filmmaker Marty DiBergi (Rob Reiner) highlights their British Invasion beginnings, their career complications, and Tap’s nasty habit of “losing” drummers. Taken in total, it’s a delightfully deranged group portrait.