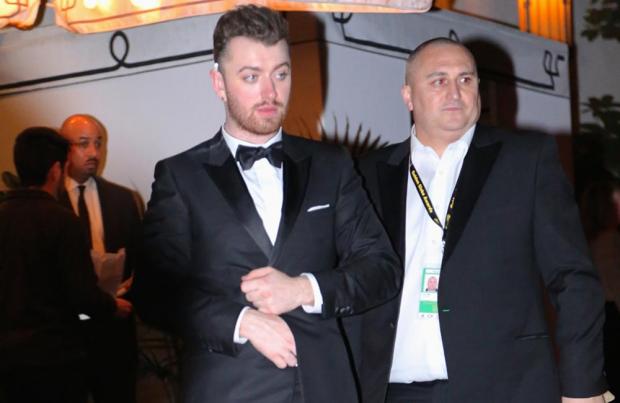 Sam Smith has joked “enough is enough” when it comes to winning awards for his music and has joked his career has “peaked” following his Golden Globe for ‘Writing’s On The Wall’.

Sam Smith has joked his career has “peaked” following his Golden Globe win.

The 23-year-old singer and his songwriting partner Jimmy Napes took home the prize for Best Original Song for their James Bond theme ‘Writing’s On The Wall’ for ‘Spectre’.

Sam was in “complete shock” when he picked up his gong and now he’s conquered a movie awards show as well as all the music prize-giving ceremonies he’s dominated he has quipped he can’t achieve anything better.

Speaking to E! News at the Golden Globes after-party following his win, Sam – who has won four Grammys – quipped: “Enough is enough now. We peaked.”

Sam – who is currently working on his second album – went head-to-head with the likes of Ellie Goulding for ‘Love Me Like You Do’ and Wiz Khalifa and Charlie Puth’s ‘See You Again’.

The songwriter admitted he felt a little out of place sat with the great and the good of Hollywood at the ceremony at the Beverly Hilton Hotel in Los Angeles but enjoyed his trip to Tinseltown.

Asked what it felt like to be chosen to win the award, he said: “I’m in complete shock to be honest with you. I just didn’t think it was going to happen tonight, We’ve been here just enjoying it, just looking at everyone, it’s just weird. It’s not our world but we feel very welcomed, which is beautiful.

“I thought we won when we got to do the Bond thing. As soon as we got to do that, it was incredible. Obviously the awards are important, but I felt like I won in that sense and just to get it feels really weird.”