Popular music and fashion is a relationship spanning decades of cultural significance.

Dating back to the “bobby soxer”, started in the mid 1940’s with teen girls’ obsessive crush on then teen heartthrob, Frank Sinatra. Fashion for the bobby soxer consisted of rolled up jeans, bobby sox and saddle shoes. The ‘bobby’ sock got its name after the British slang for police officers, and any girl wearing white ankle socks and going nuts over the new music became dubbed a ‘bobby soxer.’ This fashion trend continued into the mid 1950’s as both worlds, music and fashion were literally and figuratively rocked by the introduction of new teen heartthrob Elvis Presley, later presented with the title of the King of Rock N Roll. Elvis Presley merged fashion and music fans globally. He mesmerized screaming girls with the swinging of his hips, hypnotic music borrowed by the rhythm and blues genre. Elvis Presley pioneered the high waist pant, Cuban collared shirt, paired with argyle socks and penny loafers. Unafraid of color, he boldly introduced and made it fashionably acceptable for a straight man to wear pink. Presley would often accent the high trouser pant with a pink belt, to match those “Blue Suede Shoes” of course.

In the 60’s the emergence of The Beatles became the group that personified screaming teen girls bringing us into the world of Beatlemania. Beatlemania was the intense fan frenzy directed towards the English rock band the Beatles in the 1960s (Wikipedia). Beatle Mania directly influenced London, one of the biggest fashion capitals of the world. The Beatles revolutionized music and set many fashion trends with the introduction of the ‘mod look. The mod looks for The Beatles that influenced fashion consisted of Edwardian collarless suits, mop -top hair. The band’s manager Brian Epstein spotted Chelsea boots while browsing at show company Anello & Davide in London. He commissioned four pairs with Cuban heels to go with the band’s new suit-and-drainpipe-trousers image. Since then, the tight-fitting, ankle-length, Cuban-heeled boots are known as Beatles boots.

Culture was changing. Music was changing. Music’s conjoined fashion sibling began to shift. Countries were at war. A huge chunk of society advocated for peace. ‘Give Peace a Chance’ was not only an integral, unifying song performed by the late John Lennon, it was a way of life for the new hippy culture participating in peaceful demonstrations to end all wars. The hippie looks of the ‘60’s and 70’s was worn by music and fashion influencers such as Sonny & Cher, Jimmy Hendrix, Marvin Gaye and Stevie Wonder.

The 80’s pop music and the debut of hip/hop became an eccentric part of fashion. Florescent apparel and accessories dominated popular culture. Musical artist Madonna became a fashion trend setter and icon, not only with her musical sound but her rebelliously feminine look infused with a contemporary edge. Madonna’s layered cross necklaces, bangled multi-layer bracelets, later sporting a corset over trousers, and wearing just a brassiere under a sport jacket was a daring social no no-later becoming a world-wide fashion trend. The King of Pop and one gloved phenomena, Michael Jackson trended his famous ‘Thriller’ and ‘Beat It’ jackets from his epically famous music videos. The hip/hop culture adapted the more relaxed East and West coast street looks such as baggy jeans, thick laced sneakers, thick heavy gold chains and Kangol hats made famous by rap artists Run-DMC and L.L. Cool J. MC Hammer launched the Genie Pant which later became the short lived ‘Hammer pants’.

The 90’s birthed vintage grunge, thanks to the late grunge rock artist Kurt Cobain of Nirvana. Country music artists continued to reinvent themselves by modernizing the cowboy hat and boots. Country music and fashion crossed over into popular culture, hence Shana Twain and Taylor Swift. Today’s influence of the independent artist is impacting the fashion market with the look of skinny jeans. Some artists say they are influenced by the runway. The runway says it is often influenced by music.

The musical history of the last 6 decades continues to have an influence on today’s trends. It seems music will always have an impact on fashion trends. Together, music and fashion are freedoms of expression. We all have a voice that wants to be heard. We all want to be seen as we know ourselves to be. 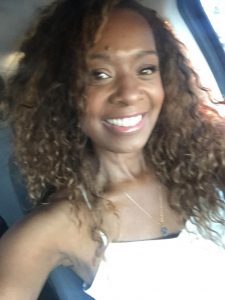