While no dates have officially been released, Drake — who shared the album cover for his upcoming Views From the 6 Sunday night (April 24) — will seemingly be joined byFuture for a string of 2016 dates dubbed the Summer Sixteen Tour, according to a web page that was temporarily live on Live Nation.

The event page, which has since been removed, listed only one tour stop (Detroit on Aug. 16), but had both Drake and Future’s names on the lineup. A four-and-a-half day countdown until tickets go on sale the morning of April 29 was included.

Billboard has reached out to a rep for comment. In the meantime, check out the new album artwork below. (Photography credit goes to Caitlin Cronenberg, while art direction was provided by Nicky Orenstein.)

Drake and Future collaborated on 2015’s What a Time to Be Alive. Drake’s Views From the 6 is due out in just a few days (April 29), while Future’s latest release, Evol, arrived in February. 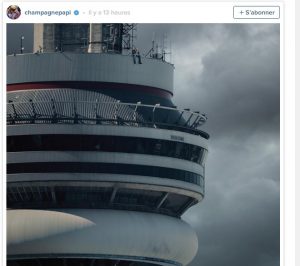