News Ticker
Oh baby, baby.25 million copies sold and 20 years later, Britney Spears‘ debut album, …Baby One More Time, is still the pop icon’s most successful album ever. And it makes sense, seeing as how the 37-year-old’s first outing lead the resurgence of teen pop music and defined a generation.Spears, then just 17 and somewhat known for her time on The Mickey Mouse Club as a child, became the most famous teenager in the world…and since then, the world has never stopped being transfixed by the princess of pop.But did you know her iconic “…Baby One More Time” single, one of the most successful songs of all-time, almost went to another artist? 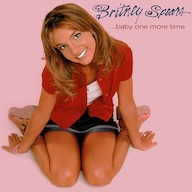 …Baby One More Time was released on Jan. 12, and thanks to the monster success of its first single and its accompanying music video of the same time, went on to become the second best-selling album of 1999, and is still one of the best-selling albums of all-time.And in an era where music groups (TLC, Backstreet Boys, The Spice Girls, ‘N Sync, etc.) were dominating the music scene, Spears’ solo success at such a young age was almost unprecedented and helped lead the charge for teen queens such as Christina Aguilera, Mandy Moore and Jessica Simpson. She held the Guinness World Record for having the “best-selling album by a teenage solo artist.”To pay proper respect to the genre-defining album’s anniversary, we’re going back to 1999 and revealing some secrets about Spears, …Baby One More Time and that schoolgirl out…Source E online
About Pump It Up Magazine 1881 Articles
Music | Movie | Fashion | Beauty | Fitness | Wellness | Books | Food | Travel & Events | Real Estates | Humanitarian Awareness Magazine based in Los Angeles California Reach for the stars while standing on earth! Pump It Up Magazine is the L.A. colorful, inspiring and vibrant print and online Entertainment, Lifestyle and Awareness magazine founded by Anissa Sutton, showcasing dynamic up-and-coming talent and top tips from around the globe!
Website Facebook Instagram Twitter YouTube