News Ticker
Randy Hall has been a professional guitarist, vocalist, composer, arranger and performer since the age of just fifteen. Over the course of over four decades he’s wowed millions worldwide, topped charts and worked alongside iconic acts like Miles Davis, Ramsey Lewis, Roberta Flack, Diana Ross, Snoop Dogg and Dave Koz. His latest track “A New Way Of Love” marks the artists comeback into show business after taking decades away from recording. The softly soothing R&B anthem has hit number #1 of the international charts and has re-positioned Randy as a force to be reckoned with in the modern music world. 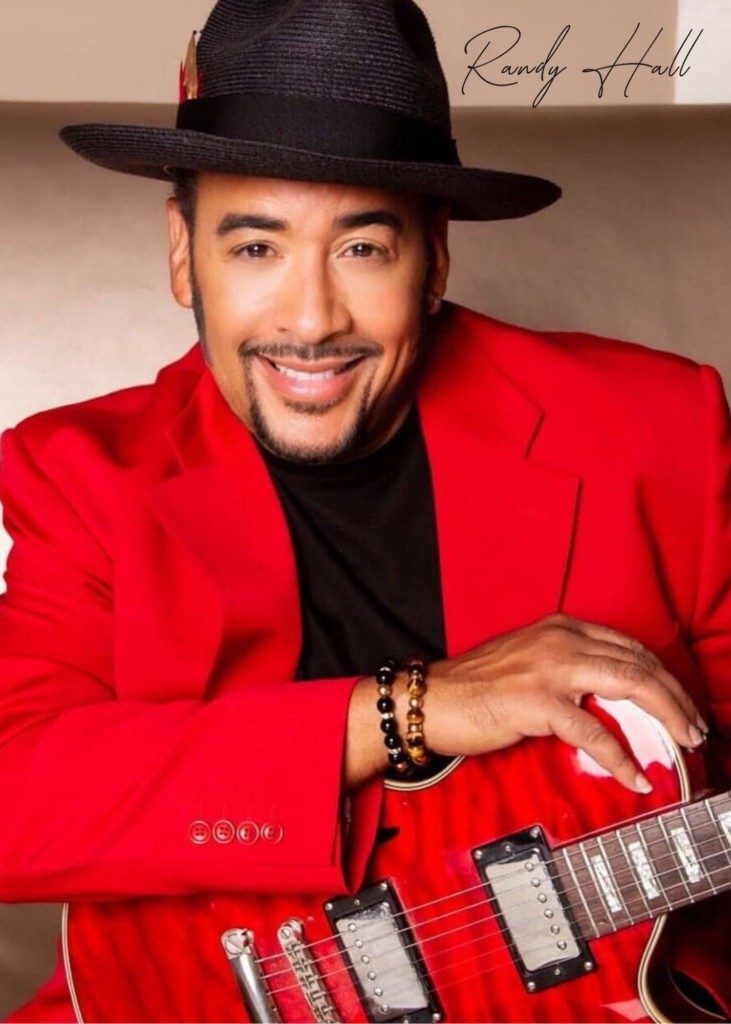 Chart-topping R&B star, Randy Hall, makes a long-awaited comeback in his latest smash track “A New Way Of Love”. The established artist has been wowing millions worldwide for over four decades now as a guitarist, vocalist, composer, arranger and performer.

He turned pro at the age of just fifteen, leading him to work alongside big names like Miles Davis, Ramsey Lewis, Roberta Flack, Diana Ross, Snoop Dogg and Dave Koz.

After decades away from recording his own music, the acclaimed “Six Nine Records” label reached out to him in search of some new tracks to put out. Randy pulled out two unreleased songs from his back catalogue. The first caused a dent in the UK soul charts — soaring to number #1 in Paris, Germany and Brazil. His second and latest track “A New Way of Love” took a similar trajectory — flying to the number #1 of the international charts.
Lovingly soft vocal melodies, dazzling jazz guitar lines and heavenly harmonies. The soothing love anthem is the perfect homage to any woman in your life who deserves a little appreciation. Featuring angelic female harmonies and a Barry White-esque song structure it’s easy to see why the R&B track is topping charts internationally. The success of the track has gotten Randy’s eyes set on the American market. This is not the first time Randy has made his mark in America either. In 2019 one of his tracks was a key component  in the posthumous Miles Davis project, “Rubberband” (2019).
Listen to Randy Hall’s “A New Way Of Love”: http://www.smarturl.it/RandyHall
Don’t forget to subscribe to Randy Hall YouTube Channel and click on the bell to receive new notifications!
Website: http://www.RandyHallMusic.com
Facebook: https://www.facebook.com/RandyHallMusic
Instagram: https://www.instagram.com/RandyHallMusic
Twitter: https://www.Twitter.com/RandyHallMusic
Soundcloud: https://www.facebook.com/RandyHallMusic
Spotify: https://artists.spotify.com/c/artist/5GZvFfZPuqIBFR2uxe16fX/profile/overview
About Pump It Up Magazine 1647 Articles
Music | Movie | Fashion | Beauty | Fitness | Wellness | Books | Food | Travel & Events | Real Estates | Humanitarian Awareness Magazine based in Los Angeles California Reach for the stars while standing on earth! Pump It Up Magazine is the L.A. colorful, inspiring and vibrant print and online magazine founded by Anissa Boudjaoui-Sutton, showcasing dynamic up-and-coming talent and top tips from around the globe!
Website Facebook Instagram Twitter YouTube

Discovered by the Late Harold Melvin – Harold Melvin and the Blue Notes, Angela got her Professional start at 5.  By singing in the front bar of the lauded Club Harlem in Atlantic City, eventually […]

Veteran Motown music producer Michael B. Sutton is about to mend all broken hearts! with his new single “Band Aid For A Broken Heart”

(Los Angeles, LA) C.E.O. at The Sound of L.A. and veteran Motown music producer MICHAEL B SUTTON has yet set out to begin this year with a crisp new sound that is about to mend […]