Music veteran Mitchell Coleman Jr. has made many strides in his blossoming career as a bass player and composer. Often noted for his contributions in the arena of jazz-funk fusion and collaborations with some great musicians including keyboardist Herman “Hollywood” Jenkins, Mitchell has built an impressive catalog of music. Mitchell’s current work with producer Michael B Sutton is equally phenomenal as evident from his upcoming single Twilight. 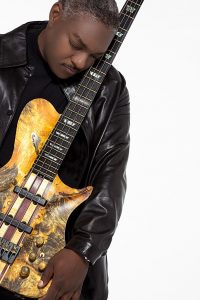 Produced by Michael B Sutton, Twilight is Mitchell’s latest single from his album Gravity. Twilight has a smooth groove with a funky bassline that has a warm sound and is very distinctive in its structure. Mitchell Coleman Jr. speaks through his bass in an unorthodox but handsome manner, one that will surely bring intrigue to music lovers. The track has a very interesting drum pattern and percussion fill that compliments Mitchell’s bass offering. Keyboards and additional instrumentation give Twilight its nighttime melody and expand on the depth of the track.

Twilight is set for release on November 9th, 2018 and will be available on all digital platforms. 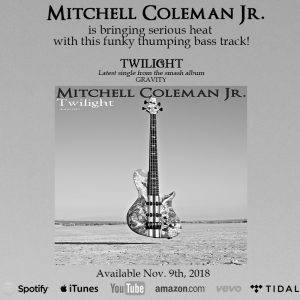