Darren Lau/Courtesy of the artist.

Amanda Sudano and Abner Ramirez met as a songwriting team in Nashville, only to move to L.A., get married and have a baby. Those may scan as simple biographical details, but every one of them is reflected in the music the two make together under the name Johnnyswim. Their sparkly pop songs exude L.A. sleekness, but they’d easily translate to country radio with the application of a little twang — Vince Gill even turns up in “Lonely Night In Georgia” — and the lyrics frequently touch on the elation, complication and lifelong work inherent in love, devotion and family. 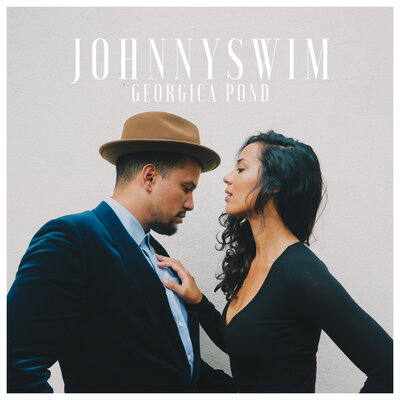 Courtesy of the artist

Georgica Pond follows Johnnyswim’s full-length 2014 charm offensive Diamonds, as well as a string of EPs and a Christmas record, and it shares its predecessors’ gift for weapons-grade ingratiation. A showcase for Sudano’s powerhouse voice (an inheritance from her mother,Donna Summer), “Say Goodnight Instead” could easily double as a country hit were it rearranged with a fiddle or two, while the poppy “Summertime Romance” twirls around in the giddy swirl of romantic bliss. Elsewhere, Sudano and Ramirez arrive at real insight in “Let It Matter,” a low-key anthem about owning your own feelings and refusing to fear high stakes.

These are songs by and for feel-big dreamers — as Ramirez makes clear in “Drunks,” in which he longs to “write a song the drunks all sing” — so it’s natural that Johnnyswim would steer the occasional song over the top. (The ballad “Touching Heaven” lays on the frosting especially thick, complete with a chorus of “hallelujahs” and a coda starring the couple’s cooing baby.) But Sudano and Ramirez are born crowd-pleasers, as demonstrated throughout Georgica Pond — all the way through a characteristically impeccable album-closing cover of Chris Isaak‘s “Wicked Game.”