Pump it up Magazine caught up with one of the busiest men in entertainment, Michael Matthews founder of DigitalRadioTracker.

For our readers DigitalRadioTracker is the leading global internet radio monitoring service that tracks radio airplay of songs on 5000+ radio stations. Founder, Michael Matthews, is here to tell everyone about DRT and why everyone in the industry should check it out.

It all started one day as I was talking to an associate. We notice that more and more of the songs that we were promoting were being played on digital radio. At the time, it was referred to as Internet Radio. As we began our research, we discovered that no one was really monitoring the activity of songs on digital streaming radio. As a record promoter, you always want to know what is going on with the songs you are promoting and be able to illustrate to your clients that you are working for them. In talking to some of the main monitoring companies, we found out that they were not interested in monitoring airplay on digital radio as well as some small-market FM stations. These stations are known to support new and developing artists and are much easier to garner airplay from. Being that this was a void in the music industry, we thought if no one wants to do it, maybe we should try and develop something. What started off as an internal software to show our clients that their song was being played at various levels of radio, has now turned into a global monitoring company – DigitalRadioTracker.

2.       Did the ever-evolving new music business play a part in the inspiration to come up with DRT?

Yes, most definitely, technology has changed the landscape of the music industry. Digital streaming radio is here to stay, there is more than 100,000 radio stations around the globe. A lot of new music is being broken and discovered on these stations. At DRT, we understand the value of knowing who, when, where and how often a song is played. We are continuing to be innovative and steadfast as the industry continues to evolve.

3.       What separates DRT from tracking services like Mediabase and Broadcast Data Systems?

We like to say, “DRT is competition to no one, but value for everyone!” We are in a space of our own. Nielson BDS/Billboard and Mediabase predominately monitor the top 200 metro market Terrestrial FM stations in the U.S. DRT’s focus is monitoring global digital streaming radio stations. We all monitor some of the same radio stations in the U.S., but DRT also monitors radio stations worldwide. We produce global airplay charts whereas they produce charts based on U.S. data only. DRT prides itself on being added value to the music industry. We consider Nielsen BDS and Mediabase our friends. If an artist/record label really want to understand what their song is doing at radio and have a complete picture of the airplay story, they will want to look at all three reports DRT, BDS and Mediabase.

4.       Does DRT Track stations worldwide or only National?

DRT tracks several thousand stations outside of the US. As we are in a global music industry, DRT’s focus is to continue to add radio stations throughout Europe, Asia, Africa and Australia.

Yes, there is. DRT Reports range from $9.99 and up. We are also in the process of putting together a new subscription model which will make the reports even more affordable. DRT offers 5 types of reports: A DRT Report provides information about a song that received airplay on a specific station. It displays the exact time of day/night a song is played and most importantly, the number of times its played. DRT also offers historical eight-week reports which list the history of airplay detections during the previous eight-weeks on all our monitored stations. In addition, DRT provides comprehensive reports which outlines the exact time of day/night a song is played on each of our monitored stations as well as any remix versions. Since the conception of music monitoring, no other company has provided this type of specialty information. Other broadcast monitoring companies usually merge all the information into one report making it impossible to determine which version of the song was played. Broadcast Raw Data Summary Logs and Broadcaster Comprehensive Reports are also available for anyone wanting to know the playlist data for a specific radio station. 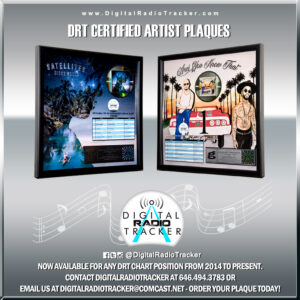 6.       Our magazine caters to independent artist. How can DRT help support the careers of indie artists?

It is vital for an artist to have their music tracked by third-party monitoring companies such as DigitalRadioTracker. I cannot express the importance enough. In the music industry, one of the hardest things to obtain is validation as an artist. A song’s analytics is one of the main ways the music industry determines whether an artist is trending or not. It can also be used to determine how successful an artist or song may become. DigitalRadioTracker is the only monitoring company in the world that does not require any special encoding or fingerprinting. By using its proprietary software, DRT can track songs from the first time it is played! Other monitoring sources cannot monitor a song unless someone sends the song to them to be encoded first. This is especially important as spins are often missed on songs which can affect promotional strategies and royalties on a project. One of the unique things about DRT is that we also track different versions of a song such as a feature or remix. DRT has simplified the process in getting a song tracked. Get your song played at least one-time on any of the 5000+ stations that DRT monitors and a DRT file will be created on that song. Register for a FREE DRT Account on our website and then login to our web portal to generate a DRT Report at any time on your song. It is that easy! DigitalRadioTracker is also the only company in the world to provide a FREE artist/song/broadcaster searchable database to our users which contains over 45 million song titles. This has been an invaluable resource tool for independent artists. Other monitoring companies charge to access their database.

Our goal is to continue to educate the music industry during the pandemic and beyond and illustrate that digital radio is a solid force and will be around for many more years to come. We want DigitalRadioTracker to build an even stronger community in 2021 and as a leader continue to be the voice for so many that have been unheard in the music industry. As technology continues to expand with devices such as Amazon Echo and Google Home, DRT plans on monitoring more digital streaming stations on these devices. Internet Radio are being installed in millions of cars today and DRT will focus on monitoring more of these streaming stations. DRT’s goal is to be the first broadcast monitoring company to track specialty shows such as DJ mix-shows, ministries, talk shows and more! 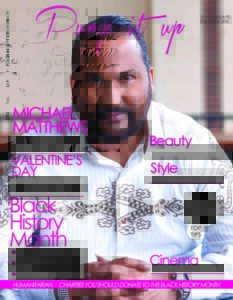 Get to know three incredible women in music whose talent, drive and passion have powered some of today’s most popular hits. Our panelists (all HBCU alumni) are executives and attorneys, each hailing from a different […]

1.Tell us a little bit about the day-to-day life of a sound engineer Sure! Most of my day consists of recording artists. I see myself as a musical scientist, and I play the role of […]

Hi Readers, we were fortunate to be able to sit down with Andrew Bailey recently for an interview, a top music executive and DJ for many years and this what happened 1)Tell us what motivated […]