Up and coming singer Dionyza pays homage to the king of pop in her latest rendition of the smash hit “You Rock My World”. Smooth, effortless and impossible not to bop your head to, this funk-fueled remake of the well-known chart-topper does justice to the classic song and then some. The track is a group effort between the singer and her father Michael B. Sutton who is former Motown songwriter and producer (Michael Jackson, Smokie Robinson, Dionne Warwick and more…) ; as well as a number of top-tier musicians who crafted the stunning instrumentation.

Opening up with an irresistibly grooving bassline and infectious guitar lines, Dionyza sets the stage for what’s to be a raw, authentic and intimate take on the timeless track. Her soothing vocals smoothly glide over the jumpy guitar riffs like warm butter, as the singer breaths a whole new life into the song. It’s as if she is experiencing the topics of the song first hand as her emotively charged vocals tug on the heart strings and make us feel. As we go into the chorus,

Dionyza’s vocals go into beautiful full-force, reminding us why she’s one of the most promising young pop singers currently rising onto the global scene.

From start to finish Dionyza takes us on an emotionally-charged journey through pop perfection. Her vocals are the most stand out part of the track. They’re highly-versatile, from the softly soothing verses to the show-stopping choruses, it’s impossible to ignore the singers unforgettable vocal performance. Dionyza manages to take the track and make it entirely her own, defying intergenerational boundaries by making the classic song accessible to a modern audience with cutting edge production. 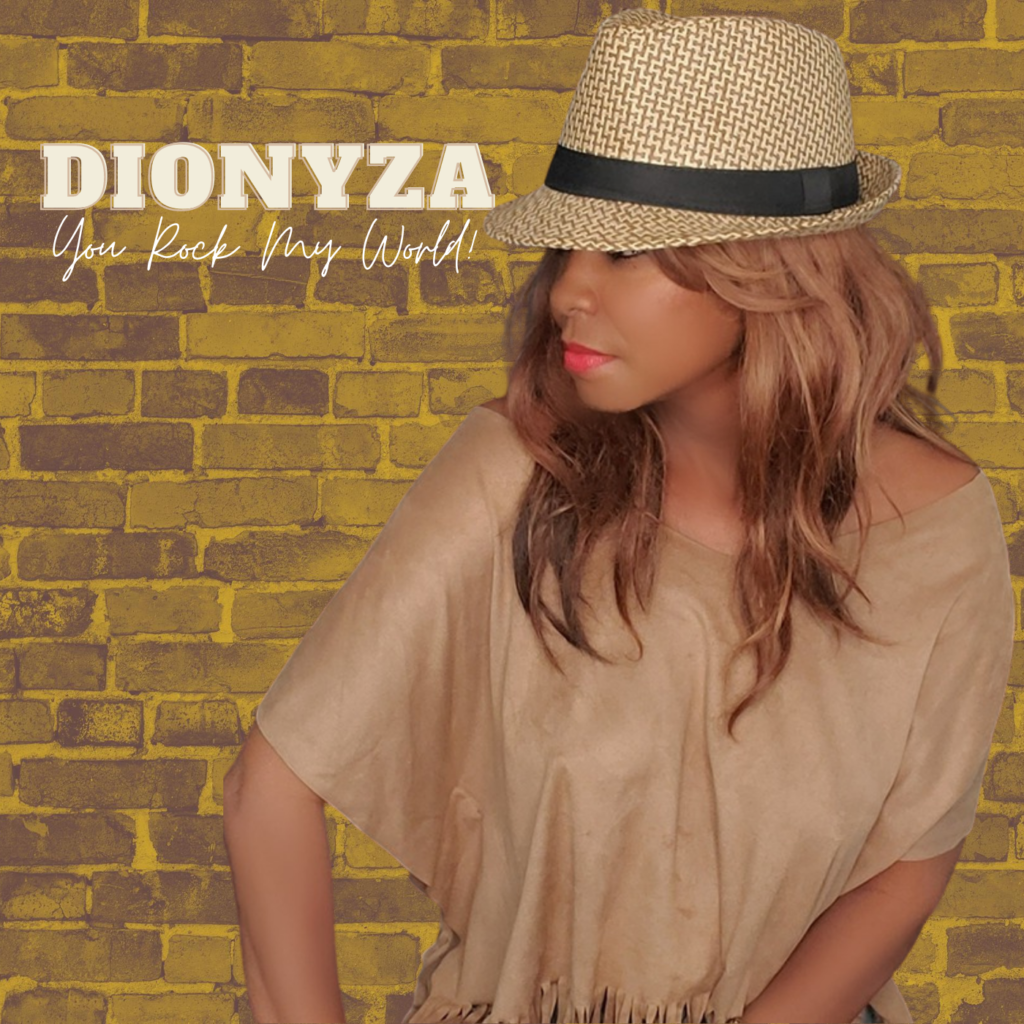 “YOU ROCK MY WORLD” –
IN STORES FRIDAY, AUGUST 28th, 2020
Be the first to listen Dionyza new single today on spotify, click here>>
https://distrokid.com/hyperfollow/dionyza/you-rock-my-world

Dionyza is an emerging pop singer currently bringing her own brand of raw, authentic anthems to the global stage. Inspired by artists like Stevie Wonder, Whitney Houston, Chaka Khan and Aretha Franklin, the musician has a knack for crafting timeless songs that are relatable to people from all walks of life. She is currently working on her own music; as well as with various artists under  “The Sound Of LA” label. Her style is smooth and effortless, whilst at the same time powerful and impossible to ignore.

As the daughter of Motown songwriters Michael and Brenda Sutton, the young artist developed an interest in music early on, often spending much of her childhood in the studio with her parents. She released her debut self-titled EP back in 2009 which received rave reviews all round. The artist has since collaborated with a number of hitmakers including Timothy Bloom (Ne-Yo, Chris Brown), David Frank (Christina Aguilera) and Jared Gosslin (Macy Gray). Dionyza’s credits are widespread including singing on Christina Aguilera’s, “My Kind of Christmas” album and accompanying singer Jon B on his Cool Relax tour (promotional stops on Soul Train and Motown Live).

Growing up she was always immersed in music, although at first wanted to be a dancer. It wasn’t until a Martin Luther King tribute at her school when the beauty of her vocal performance brought many of her peers to tears that she began taking it more seriously. She gained a passion for touching souls with her angelic voice. Soon going on to work with her parents on her craft and music — eventually getting signed with Sony Music Publishing. She has released countless well-received records that have seen her grow a steady following worldwide. Most notably includes the re-release of her debut CD “Quite Like Me”. The album contains a number of top-writing talent, with her first single “I Told Myself” being a stand-out track that showcases her innate ability to connect deeply with listeners.

How do you find inspiration for original works? Dionyza : Real life experiences mostly, whether it’s mine or someone I know and other times I’ll find it in something I’ve watched in a movie, or […]

Tell  us your LOVE  STORY of how you met the love of your life — be it romantic, funny, sweet or even odd. We want to hear it all! And if you wrote a song […]

Get on your dancing shoes. Forget all your worries and lose yourself to the euphoria-dripped melodies of Nathan X’s latest track “The Weekend”. […]